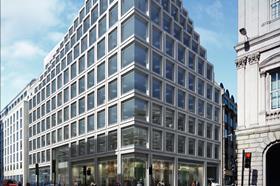 Seven-year-old consultant Quantem is set to post an increase in turnover and pre-tax profit in its current financial year.

The consultant – which was founded by former Davis Langdon partners John Barbour, Blake Turner, Mick Rogan and Bruce Paterson - expects to post turnover of £3.6m for the year ending 31 August 2013, up 9% from £3.3m the previous year.

Quantem capped a successful seven years’ trading by winning Building magazine consultant of the year (with fewer than 100 staff) in April 2013.

The founders claim they “started the breakaway trend” from Davis Langdon. At least 16 further firms have been started by former Davis Langdon staff since Quantem launched in August 2006, most of which were formed in the two-and-a-half years since US-based construction group Aecom acquired Davis Langdon in 2010.

Quantem has recruited almost half of its current staff - 16 out of 34 - from Davis Langdon, including former Davis Langdon equity partner Nick Leggett. The firm expects to be 50-strong in three-to-five years.

The founders describe central London commercial offices as their “bread and butter”, but the firm also operates in the retail, residential and public sectors.

In other sectors highlights include £40m of infrastructure improvements at MIRA technology park in Warwickshire, £35m. Garth Hill College in Hampshire, £30m residential and hotel development The Apex in Ealing, west London, and 40,000ft2 of retail on New Bond Street for client Limited Brands.

Quantem has primarily operated in London and the South-east, but recently branched out to work in Edinburgh, Leeds, Manchester, Birmingham, Leicester, Bath and the South coast.

The firm is currently acting on developments with a construction value above £500m in total.

The founders said 70% of turnover comes from its top 25 clients and 80% comes from repeat business. Rogan said Quantem was capitalising on a “movement” among clients towards hiring smaller consultants.

Turner said one of the reasons for the trend was that smaller firms such as Quantem offer “direct access” to “senior guys who are very client focused”.

The firm moved its office to Chancery Lane in London in June 2010 after quickly outgrowing its “cosy” first office in nearby Covent Garden.

Turner said investing in staff - in terms of training, engagement and social activities - was “a key focus”, with Quantem offering training such as CPD lectures and social events such as monthly events for staff and clients, team ski trips, weekends away and sporting activities.

The firm has recruited four new partners in the past year and plans to take on a new graduate this summer. The founders said it has a “depth” of senior talent and is likely to “grow the next band down as the work comes in”, particularly project surveyors to support senior managers.