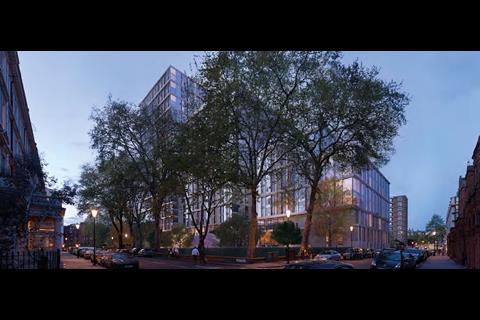 SimpsonHaugh's proposals for the Kensington Forum Hotel, seen across the new 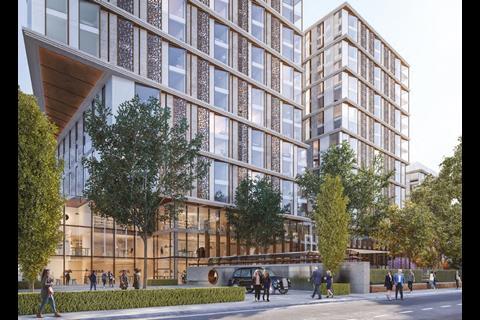 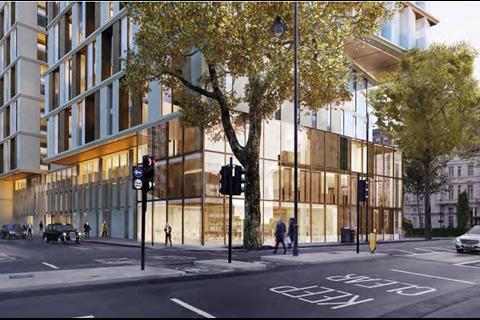 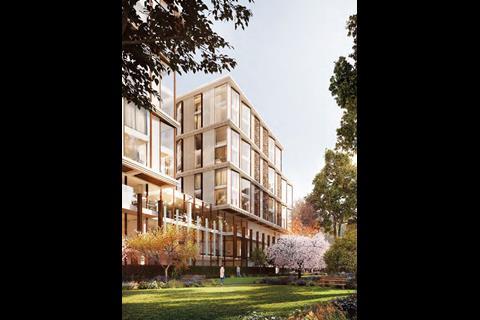 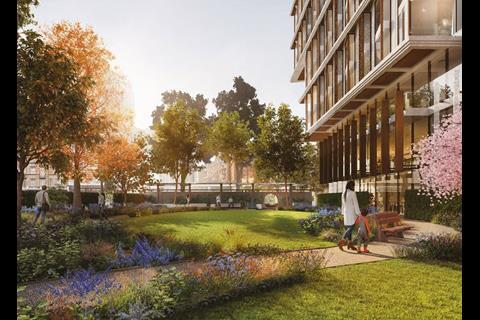 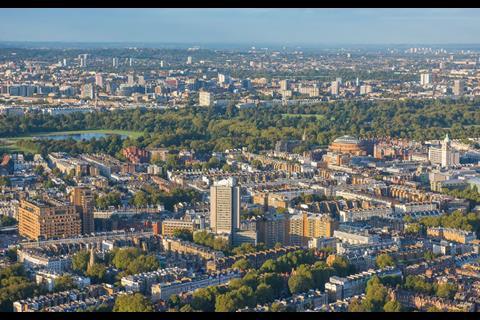 Aerial view of the Kensington Forum Hotel, with Hyde Park and Regents Park to the north

Plans to replace a brutalist Richard Seifert-designed hotel in Kensington with a mixed-use scheme that will also include 178 new homes by architect SimpsonHaugh have been unveiled.

The proposals would see the demolition of the early 1970s Kensington Forum Hotel and the creation of a new structure concentrated on the eastern part of the current hotel’s site, allowing for the creation of a “garden square”.

Building owner Queensgate Investments and developer Rockwell said the 28-storey Seifert building had an outdated layout, was increasingly costly to maintain, had limited capacity for upgrading, and spoke a “monotonous architectural language”.

SimpsonHaugh’s proposals, expected to be submitted for planning in spring next year, would replace the block and its cruciform podium, with a stepped scheme of seven, 18 and 28 storeys, with its highest element at the junction of Cromwell Road and Ashburn Place.

Consultation documents unveiled earlier this month propose that the new hotel element of the scheme would have 756 rooms – 150 fewer than the current Kensington Forum Hotel.

But it would also have 174 apartments and four town houses, as well as street-facing restaurants.

Queensgate and Rockwell said the proposals would re-establish a “traditional street pattern”, deliver a “high-quality sustainable building of durable, well-considered materials” and provide open space that was publicly accessible.

According to the firms, Seifert was originally appointed to design a hotel for the site in 1960s by the Penta group of five major airlines.

An early concept design appears like a high-rise version of Kengo Kuma’s V&A Dundee - or the tail of a plane.

Queensgate and Rockwell said they anticipated SimpsonHaugh’s plans would be determined by the Royal Borough of Kensington & Chelsea by the end of 2018, and suggested the proposals would have a minimum lifespan of 150 years.