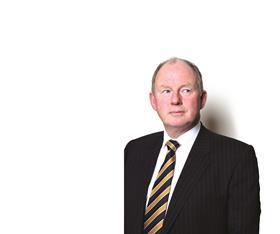 Redrow has posted a jump in pre-tax profit, revenue, completions and average selling price in its half-year results to 31 December 2013.

Tutte will take up the role at the end of June.

Steve Morgan, chairman of Redrow (pictured), said: “I am delighted to report another period of strong growth for Redrow, and that we will be paying an interim dividend for the first time in six years.

“We have started the calendar year well with private reservations since January up 24% on last year from 12% more outlets. We expect the housing market to remain robust and for consumer confidence to improve in line with the economy.

“We have a strong pipeline of new sites in planning and we believe the Government is committed to continuing to speed up the process of obtaining implementable planning permissions.

“We therefore remain confident that this will be another year of significant progress for Redrow.”