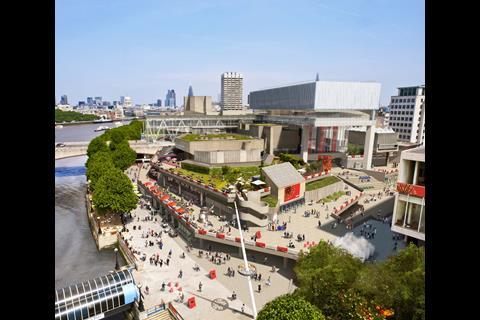 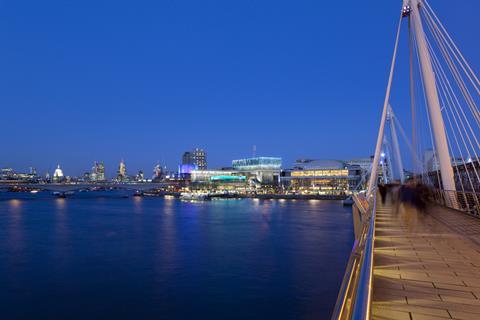 Revised plans for the £120m redevelopment of London’s Southbank Centre by Feilden Clegg Bradley Studios have been submitted.

The architect’s original scheme proved highly controversial with figures including the director of the adjacent National Theatre Nicholas Hytner criticising its impact on the area as a whole and in particular the “wedge-like” dividing effect of the project’s proposed ‘Liner building’.

The plan has also faced concerted opposition by skateboarders because it involves the scrapping of the famous undercroft area they have used for decades.

As a result, the Southbank centre decided to review the project in the summer “to give more time to consult all its communities”.

Today, it unveiled a series of design changes which form part of a new application submitted to Lambeth council.

The changes include pulling back the Liner building three metres from the banks of the Thames to improve visibility and views of landmarks, providing detailed cladding to the ‘glass box’ and developing the façade on Belvedere Road.

The Southbank centre has also proposed a £1m new skateboarding space under Hungerford Bridge, which is the subject of a separate planning application.

Jude Kelly, artistic director at Southbank centre said: “We see this new development as a major part of our ambition to give away as much free culture as possible, having as profound an effect on arts centres as it had for museums and galleries.

“Because people know there is always something free going on, they are more likely to visit. We passionately believe the arts have the power to transform lives and must be available to all of us.”

The proposed design changes also involve removing one of the three columns supporting the Liner building to open up more space between Waterloo Bridge and the new structures, allowing for the retention of the concrete ‘bridge’ between the Queen Elizabeth Hall and the Hayward Gallery and giving the Glass Box a ‘shimmering’ facade which will change according to the weather and the seasons.

Among other alterations, FCBS has also added a small cafe in the central foyer, reworked the ‘Festival steps’ between the Royal Festival Hall and the Queen Elizabeth Hall to make them more “welcoming” and developed some internal layouts and the connection with the existing BFI Southbank building under Waterloo Bridge.