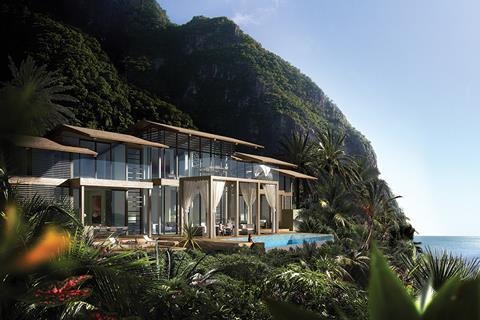 Rider Levett Bucknall has won the role of cost consultant on a £230m luxury resort on the Caribbean island of Saint Lucia.

The consultant will work on all three phases of the 70-acre Freedom Bay scheme on the west coast of the island. The scheme comprises a spa resort and 45 private residential villas.

RLB chief executive Lance Taylor said the Caribbean was an “exciting arena” for the firm and that it was close to clinching further leisure resorts in the region.

Taylor said: “Our work on concepts for leisure resorts [in the Caribbean] has grown significantly. We are now in serious negotiations with a number of developers who have secured finance using overseas funding and are looking to commit to the next stage.”

Freedom Bay is being developed by Affinity Resorts and will be operated by Six Senses Resorts once completed in 2015.

The project won planning in 2010 and the construction programme will start on site in July.

Affinity Resorts is now tendering for a contractor for the first phase. The architect is Miami-based Redline Architectural Design.

Freedom Bay will also include sailing facilities, restaurants and bars.

One of Freedom Bay’s first residents will be former England cricket captain Andrew Strauss, who revealed he had invested in one of the villas last October.

Pre-contract services are being undertaken by Rider Levett Bucknall in the UK with support from its Caribbean office.  Roles will switch during the post-contract phase when services will be delivered by RLB Caribbean and supported by the UK.