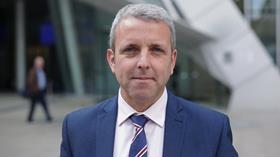 Rider Levett Bucknall has lured the man who helped set up Mace’s QS business to head up its public sector business.

Steve Gillingham joins RLB as a partner and remains in Manchester where he has been since 2005, helping roll out Mace’s cost consulting business into the regions.

He joined Mace in 2004 and helped set up Mace’s QS operations in the capital and said his proudest achievement with the firm had been establishing the QS business outside London. “The easy option would have been to stay London focused,” he said.

He headed up Mace’s consultancy business for the north and Scotland and joined Mace’s property board in 2013.

Gillingham (pictured) will be based at the firm’s 100-strong Manchester business where its clients include the city council, local property developer Mulbury, the Co-op Bank and Manchester Airport.

He is also joining RLB’s Manchester management team which is led by managing partner Russell Bolton.

Manchester is one of RLB’s three main offices in the UK alongside London and Birmingham with the firm having moved into new offices near St Ann’s Square in the city centre earlier this year to cope with growing workloads.

RLB UK board director Dean Sheehy said: “[Gillingham’s] appointment as national head of public sector will continue to strengthen our relationships with local authority clients across our UK business. He will be a fantastic addition for RLB.”