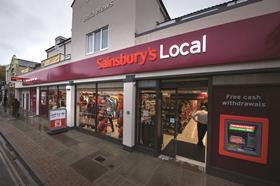 Retail giant Sainsbury’s has announced plans to rein in its development pipeline from next year.

The retailer confirmed it developed one million sq ft of space in the financial year to 15 March 2014, equating to £888m of capital expenditure or 3.4% of grocery sales, down on the previous year’s £1bn, or 4.1% of sales.

Sainsbury’s admitted capital expenditure last year was lower than the £1.1bn figure it had previously advised investors it would spend.

Sainsbury’s said it will hold capital expenditure at around 3.4% of grocery sales this year, before reducing it further to 3% of sales from 2015-16 onwards.

The news comes after Sainsbury’s disclosed a £92m property writedown in November after a review of its development pipeline resulted in it cancelling a number of planned supermarket developments.

Two of Sainsbury’s main rivals, Tesco and Morrisons, announced plans to scale back their development pipelines earlier this year while beefing up investment in convenience stores and online retailing.

Asda bucked the trend by scaling up its expansion plans for the next five years last month, with a continued focus on supermarkets, while keeping out of convenience and online retailing.