Scotland primed for investment after No vote 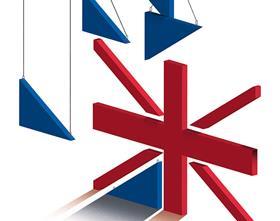 The Scottish property market is primed for an upswing in investment after the Scottish people rejected independence in yesterday’s referendum, experts have said.

The Better Together campaign won a clear victory in the referendum on Scottish independence and held around 55.3% of the vote after all of the 32 council areas votes had been counted. Turnout in the referendum was high, at 85%.

The result means the Scottish government is likely to get additional devolved powers, such as the ability to levy taxes, which were promised by all three of the leaders of the main political parties.

“Scotland will expect these to be honoured in rapid course - as a reminder, we have been promised a second reading of a Scotland Bill by 27 March next year.”

Prime minister David Cameron said: “The people of Scotland have spoken and it is a clear result. They have kept our country of four nations together and like millions of other people I am delighted.”

He added that it was now time for the United Kingdom to “come together” and “move forward”.

Cameron also pledged that it was time to address the issue of English votes for English laws and that William Hague has been appointed to bring forward English devolution proposals “in tandem” with those in Scotland.

He said: “I have long believed that a crucial part mission from this national discussion is England. We have heard the voice of Scotland and now the millions of voices of England must also be heard. The question of English votes for English laws, the West Lothian question, requires a decisive answer.”

Last week, it emerged that property investors were inserting “exit clauses” into deals in case the country voted for independence.

This morning Kevin Bradley, head of Scotland at consultant Aecom said the result “took away uncertainty for investors” in Scotland.

He added: “We are likely to see a significant increase in commercial property transactions over the coming months.

“The government is committed to investment in public infrastructure to secure long term economic growth, so we would anticipate an announcement of this pipeline in the autumn to prime the market for delivery.”

David Melhuish, director of the Scottish Property Federation, said it was “important that political certainty is now regained if mark if market confidence is to be secured in the commercial property sector”.

He added: “Certainty on the content and substance of the UK political parties’ proposals to enhance the powers of Holyrood and a commitment by the Scottish Government to work constructively with this process is vital if we are to ensure normal business and investment activity in the wake of the uncertainties expressed during the referendum campaign.”

Jeremy Blackburn, head of policy at RICS, said: “RICS is apolitical and has remained neutral throughout the independence debate.

“The decision was of course for the Scottish people to make and this has now happened.

“Change on this scale always brings an element of uncertainty and ministers at Holyrood and Westminster now need to come together to provide clarity, reassurance and direction.”

“During the debate UK party leaders pledged further devolution of powers to the Scottish government.

“We call on all political parties to quickly agree on a robust devolution settlement, providing a concise and comprehensive timeline for implementation.

“Given the importance of property investment and development in the Scottish economy, we look forward to working with Scottish Government during the transfer of powers.”

Keith Aitken, senior director and head of GVA James Barr in Scotland, said the firm had a “significant number of clients who opted to delay business decisions until after the referendum”.

“This vote brings a decisive conclusion to a sustained period of uncertainty in Scotland,” he added.

“We now expect the markets to settle over the coming weeks to ensure more consistent, sustained growth.

“We expect activity to increase, capitalising on positive underlying sentiment that has been evident for some time.

“The Scottish Government has made a welcome commitment to fostering economic development.

“We believe that fulfilling the strong potential in the Scottish commercial property market would be helped by the main UK parties developing firm propositions on further devolved powers well before the upcoming UK General Election.

“The markets will welcome decisive decision-making.

“In that way our clients can have a good degree of reassurance about the likely fiscal and regulatory regime being applied when they choose to pursue what continue to be very robust commercial property opportunities throughout Scotland.”

Ran Morgan, head of Knight Frank Scotland, said: “The certainty provided by a No vote will allow the property market to return to more normal trading conditions.

“The fundamentals are in place to ensure a full recovery, led by the key cities of Edinburgh, Aberdeen, Glasgow and rural counties within commuting distance of large employment hubs.

“Improving economic activity levels in the UK, better consumer sentiment and higher bank lending will all help to kick-start the market.

“We expect we will be very busy in the coming months as vendors and buyers, many of whom have put off making a decision to buy or sell a property in Scotland due to the referendum, return to the market.

“This will lead to an increase in the number of transactions at all levels of the market.

“We believe that the outlook for the prime property market in Scotland is positive.

David Ogilvie, head of policy and public affairs at the Chartered Institute of Housing (CIH) Scotland, said: “This historic vote has huge implications not just for housing and welfare policy in Scotland, but for the economic environment in which we operate.

“It will also have a big impact on the rest of the UK, so we look forward to working with both the Scottish and Westminster governments as the details emerge.

“Before the referendum, more than three-quarters of the CIH members we surveyed in Scotland told us that neither side of the debate had clearly explained the implications for the future of housing.

“That needs to be remedied fast. In this country there are currently around 185,000 people on the social housing waiting list and according to the Poverty and Social Exclusion project nearly one million Scots cannot afford adequate housing.

“We therefore need the Scottish government to move quickly to set out clear plans for housing in Scotland - it is simply too fundamental an issue to ignore.”

Michael Watson, head of projects at Pinsent Masons, said: “Today’s decision, if it leads to stability and certainty, will be welcomed with relief by those investors who fund the construction of schools, hospitals, roads and other major infrastructure across Scotland.

“The Infrastructure market and the competition for capital investment is global, not local, and investors typically don’t like uncertainty.

“Clearly the referendum has led to ambiguity, but so too has a lack of clarity at a UK government level in areas like electricity market reform and support for offshore wind.

“It is now essential that we drive forward in those areas.

“In terms of where next for Scottish infrastructure, we hope for more of the same.

“The Scottish Futures Trust has been successful in working with the Scottish government to deliver the visible pipeline of investable projects and that, alongside political and regulatory certainty, is one of the key factors in ensuring Scotland remains attractive in a competitive global market.

We would not expect the conversations around further devolution to impact that significantly, particularly given the timetable for change which has been set out and agreed by all the major political parties.

John Longworth, British Chambers of Commerce director general, said: “The people of Scotland have spoken. Their historic decision to remain part of the United Kingdom will be a relief to many businesspeople and a disappointment to others, but it was a decision for the Scottish people alone to make.

“The companies I speak to are clear that this cannot simply be the first in a series of referenda, until one side or the other gets the result that it wants. Business and investment prospects across the UK would be deeply hurt by a Quebec-style ‘neverendum’ - a lesson that politicians must heed.”