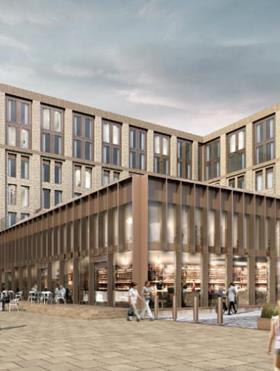 Scottish contractor Robertson has appointed a former Kier executive board member as its new managing director for its business which covers England.

Nigel Brook takes the reins of the Construction South division this month after leaving Kier in a board restructure in August.

Robertson works in selected markets south of the border, with teams in the North West, the North East and the East Midlands.

Current projects include construction of a four-star hotel for client Innside in Newcastle (pictured).

The group has also signed a 30-year framework deal with Eastbourne and Lewes council on the south coast.

In December retirement housebuilder McCarthy & Stone revealed it was hiring Turner as one of two chief operating officers, starting this month.