Shangri-La at the Shard finally opens 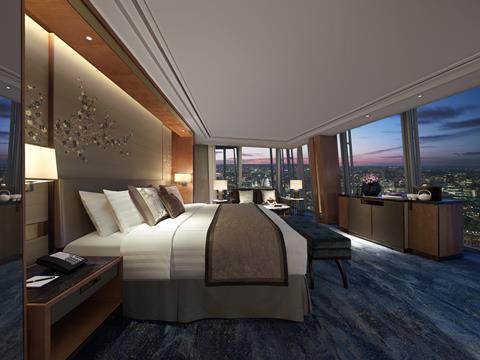 The luxury Shangri-La hotel at the Shard in London has finally opened, a full year later than planned.

The hotel was opened by London mayor Boris Johnson and Lord Sebastian Coe at an opening ceremony which also featured an Far Eastern-inspired “awakening of the lion” and dance procession.

Shangri-La repeatedly delayed the launch of the hotel due to delays on the £40m fit-out.

The client originally intended to open the hotel in the second quarter of last year, but this was pushed back several times.

The Shangri-La at The Shard is the tallest hotel in Western Europe and the first high-rise hotel in London, occupying levels 34 to 52 of the 72-storey Shard.

“It is a spectacular setting in which to introduce our signature Asian-inspired hospitality to the U.K.”