Scheme to consist of two office buildings and a transport hub

Sheppard Robson has been given the green light for three new buildings at a science and research park in Cambridge. 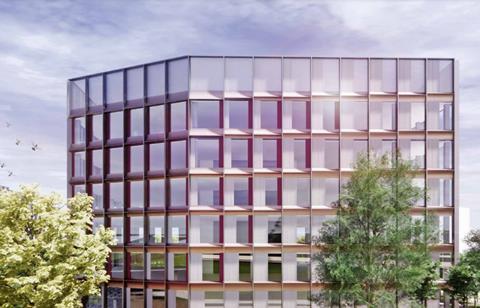 Designed for development manager Turnstone Estates, the first phase of the project will see the completion of the transport hub and one of the office buildings in 2023.

The transport hub is set to house parking along with a gym, cycle storage, showers and a cycle repair facility.

Owned by St John’s College at the University of Cambridge, the park is home to a number of R&D, life science and technology firms including Samsung, Raspberry PI, PwC and IESO Digital Health.

The first building at the park was completed in 1987, a second in 1990 and four further buildings in 2001. The Maurice Wilkes building, designed by BCR Infinity Architects, was completed in 2018.