Construction sites will be able to stay open, as the prime minister this afternoon (19 December) confirmed that London and the South-east will be put into a new, higher tier to combat the spread of covid -19.

The new rules, which come into effect from midnight tonight, will see all 32 boroughs in the capital moved into the new tier four along with a string of neighbouring counties such as Kent, Essex and Hertfordshire. In all, around 18 million people are being placed into the new system. 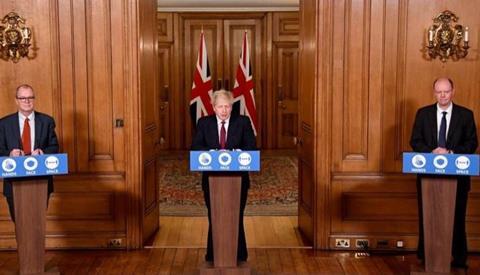 Those living in tier four areas in England have been issued with a stay-at-home order – but workplaces such as construction sites and factories will be allowed to remain open where staff cannot work from home.

All non-essential retail will have to close, along with hairdressers, nail bars, indoor gyms and leisure facilities.

People will be advised not to travel into a tier four area, while social mixing will be cut to meeting one person in an open public space.

Announcing the move, Boris Johnson said: “I know how disappointing this will be but we have said throughout this pandemic that we must and we will be guided by the science.

The new restrictions will last for two weeks and will reviewed on 30 December.

Meanwhile, a fresh lockdown begins in Wales at midnight tonight while Scotland will move into the higher restrictions from Boxing Day with travel to and from the country with the rest of the UK banned during the festive period.