Strikes back on as Balfour Beatty Crossrail peace talks fail

Action expected to affect other sites 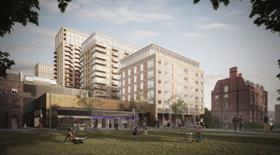 Electricians on Balfour Beatty’s Woolwich Crossrail site are set to walk off the job again tomorrow (Wednesday) after attempts to resolve the dispute collapsed.

A spokesperson from union Unite said electricians will down tools for the fourth time this year, despite the last two strike days being cancelled to allow for peace talks.

The spokesperson added: “Strikes will be going ahead this Wednesday (7 March). The demonstrations will not be limited to the Woolwich site as Unite is going up a gear and will be targeting other Crossrail sites.”

The cancelled strikes were scheduled to be held on 14 and 21 February.

Unite said it has taken the action because Balfour Beatty has refused to pay an improved second tier payment as well as the finishing bonus.

Building understands Balfour Beatty had asked to meet with the union tomorrow to discuss a new plan of action, but Unite declined the invitation.

A spokesperson from Balfour Beatty said: “We are aware of the planned 24 hour strike action by Balfour Beatty Kilpatrick’s workforce of electricians on the Crossrail Woolwich site taking place tomorrow.

“We are committed to resolving this dispute and to the continued progress of the project.

“We are continuing to engage with Unite and our workforce.”