Sweett bounces back into profit after difficult year

Consultant recovers from internal turbulence and poor financial performance, with revenue up 11% 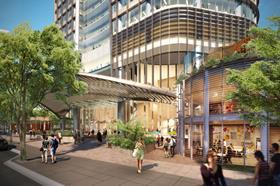 The positive results come after a tough 12 months for Sweett, which successfully fended off an attempted management coup by former chairman Francis Ives in May - costing the firm £170,000. Last month Sweett launched an investigation into historic bribery allegations made in the Wall Street Journal, while last year it posted a pre-tax loss of £1m, breached its banking covenants, and made losses on foreign exchange instruments.

In its latest financial year, all three of the firm’s international divisions grew (see box), while operating profit improved significantly, up to £2.3m from a £162,000 loss the previous year.

Sweett said its operating profit would have been higher still at £4.3m, but was brought down by £1.5m of exceptional administrative costs, including £812,000 of restructuring costs, £117,000 for closure of operations in France and £170,000 to fend off Ives’ attempted management coup.

The firm said its European business benefited from increased activity in the commercial, retail and infrastructure sectors.

Major wins included the £1bn Westfield and Hammerson shopping mall in Croydon, south London – where the firm is acting as cost consultant on the design stage – and the roll-out of Primark stores in France.

Sweett confirmed all banking covenants were met during the latest full financial year, with the firm granted a waiver on cash flow cover and gearing covenants by lender Bank of Scotland last year.

“We have a lean and diverse business which is well placed to benefit from some of the green shoots we are seeing in the construction industry in some of our markets.”Sweett at a glance

Sweett at a glance