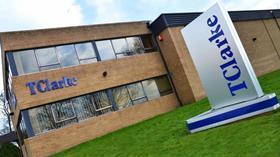 T Clarke has started electrical infrastructure work on the second phase of Battersea Power Station, the M&E specialist announced at its AGM today.

Other projects secured since the end of March include electrical infrastructure resilience works for BAE Systems and an upgrade of the Princess Alexandra Maternity Wing for Royal Cornwall Hospital Services.

The group said it was on track to hit revenue and profit figures for the year to 31 December 2018 in line with current market expectations.

Annual turnover is forecast to come in at £300m, with underlying pre-tax profit of £7m.