London landmark set to be given £300m makeover

Turner & Townsend has pulled off a major win after picking up the QS and PM roles on a scheme to revamp the Ritz hotel in London’s Piccadilly, Building can reveal.

The hotel’s owner is embarking on a huge scheme to revamp the grade II-listed building at 150 Piccadilly which has been a hotel since 1906. 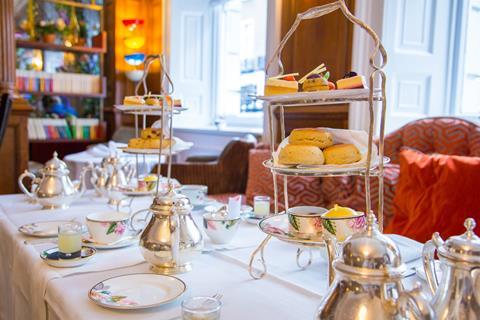 The hotel is well known for its afternoon teas

T&T’s appointment, understood to have made in the past couple of weeks, is believed to the first major consultancy package awarded on the job which is set to cost hundreds of millions of pounds.

The hotel, owned by New York-based LHW, is set to remain open while the work, estimated to be at least £300m, is carried out. Some new build is also planned at the site.

Despite its world-famous name, the five-star hotel, which serves up £53 afternoon teas five times a day, is facing increased competition from its upmarket rivals.

Hong Kong and Shanghai Hotels is due to open a five-star hotel in London called The Peninsula next year.

Designed by Hopkins Architects and being built by Sir Robert McAlpine, it will stand in the shadow of the Wellington Arch at Hyde Park Corner.

The Savoy near Covent Garden was given a £200m makeover by Chorus a decade ago while work to revamp the Café Royal on Regent Street was completed by Mace in 2012 under a design drawn up by David Chipperfield Architects.

The same architect is behind a £400m plan to turn the former US embassy at Grosvenor Square into a hotel and apartments for Qatari Diar with Multiplex and Balfour Beatty due to find out by the end of the year who has won the deal.