Vinci subsidiary Taylor Woodrow has won a £100m infrastructure contract at a scheme to build a new heat and power plant in north London.

The facility at Edmonton will treat up to 700,000 tonnes of waste and provide enough electricity to power over 127,000 homes. 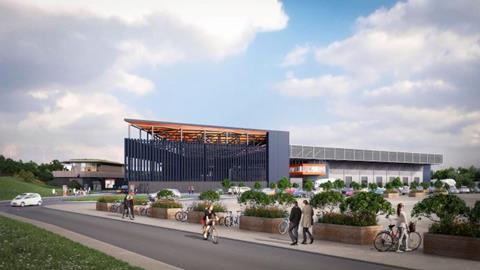 Taywood will build a public reuse and recycling centre, visitor and community centre, as well as resource recovery facility (pictured) to manage 135,000 tonnes of recyclable material every year.

Last December, Buckingham was handed one of the first contracts on the £1.2bn project when it was appointed to build a laydown area to the east of the Edmonton EcoPark site. The value of its deal is £8.8m.

Client North London Waste Authority, which is made up of seven north London boroughs including Camden, Enfield, Hackney and Haringey, has asked firms to get in touch by 11 September with tenders due to be sent out to firms in the first week of November.

The successful firm will be responsible for the construction of an Energy Recovery Facility, which is where north London’s non-recyclable waste will be used to generate heat and power for thousands of homes and divert waste from going to landfill.

It is expected up to three firms will be shortlisted for the deal which is set to run for just under four years.