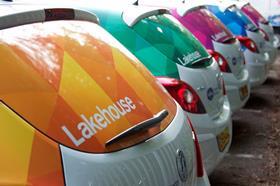 Ten people have been have been charged as part of the Met Police’s fraud investigation relating to two contracts between Lakehouse and Hackney Homes.

Following an investigation by the Met’s Complex Fraud Team, the 10, who were employed as part of the supply chain to carry out work on fire alarm installations within the London Borough of Hackney, are due to appear at City of Westminster Magistrates’ Court on 6 November.

The allegation of fraud was referred by Hackney to the Metropolitan Police Service in July 2014.

Lakehouse confirmed it was cooperating with the Met’s fraud investigation last summer.

The social housing contractor issued a statement to the Stock Exchange on 4 July after Hackney council, which brought Hackney Homes back in house in 2016, flagged up the probe in a letter it sent out to chief executives of registered social landlords the previous day.

Lakehouse had mentioned the investigation in a prospectus it put out in March 2015, without naming the client.

But in its Stock Exchange announcement, the firm said: “We confirm that the client referred to…was Hackney Homes. The matters…have not changed materially since [March 2015] and it is important to point out that at no stage has there been any suggestion of fraud on Lakehouse’s part.”

Back in March 2015, the firm said it was “aware of alleged frauds relating to two specific contracts for a particular client having been carried out in 2013 and 2014 by certain employees of the company and certain sub-contractors, working in collusion with a consultant engaged by that client to oversee specific works carried out under those contracts”.

Earlier this month, Lakehouse changed its name to Sureserve.

The group decided on the name change following the recent sale of its construction and property services operations to a new firm, Mapps Group, which are still trading under the Lakehouse name. Sureserve is now focussing on regulated businesses in compliance and energy services.