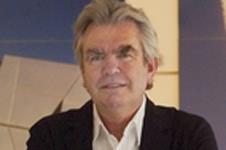 Architect Terry Farrell is to head up a wide-ranging review of architecture and the built environment, commissioned by the government to inform future architecture policy.

The review will look at the government’s role in promoting design quality; maximizing the economic benefits of the UK’s architecture industry; cultural heritage and the built environment; and education and architecture skills.

However, it will not address issues around planning policy.

Culture minister Ed Vaizey said “all those within the built environment industry” should have input into the review.

He said: “Good design builds communities, creates quality of life, and makes places better for people to live, work and play in. I want to make sure we’re doing all we can to recognise the importance of architecture and reap the benefits of good design.”

Vaizey said when he decided to commission the review he “anticipated there would be some things government could do better”.

He added that the review would also look at “how CABE is developing”.

Vaizey said he hoped to use the review to make a case for government to spend money on high-quality design in its own buildings.

Farrell said he wanted the debate to be “as open as possible”. “The emphasis [of the report] will be for government but I do think it’s for the whole of the industry to think and talk,” he said.

Farell said he would not exclude looking at the role of the RIBA or the Architects Registration Board as part of the review.

The review panel, who will be supported a by a two sub-groups, whose membership is yet to be decided, will meet three or four times throughout the course of the year and will report by the end of the year.

Angela Brady , president of RIBA, said she was looking forward to working with Farrell on the review.

She said: “A cross-cutting review of this nature is essential to make sure that there is a coordinated, joined-up approach across government.”