Transport for London has delayed plans to add step-free access to nine stations as the embattled organisation struggles to deal with the financial fallout of the pandemic.

The capital’s transport network, which has asked the government for a £1.6bn bailout to help cover a forecast funding shortfall, announced a plan in 2016 that would take the total number of step-free Tube stations on the 270-station network to more than 100 by 2024. 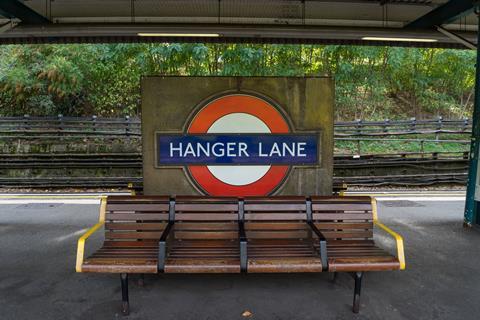 There were plans to complete the work at 11 stations this year but the lockdown derailed the timetable, according to papers prepared for a recent meeting of the programmes and investment committee.

The papers said: “Due to the impact of the coronavirus pandemic on our finances, work has now been paused while we await the outcome of funding discussions for three projects which were in the very early stages of construction and six projects were in the design phase before the pandemic.”

Transport for London (TFfL) said the accessibility programme ceased work on site on 23 March because of covid-19, and that the wider impact on works was still being assessed.

While eight projects restarted works on site in June, the impact of revised ways of working, the state of the supply chain, the effect on site productivity and the delivery of step-free access is currently being reviewed.

A spokesperson for TfL said: “Burnt Oak, Northolt and Hanger Lane, which were scheduled to be delivered this year, have been postponed and are pending further discussions with government around funding. At these Tube stations, only preliminary work has been undertaken so far, and the projects were at a very early stage of delivery.

“Boston Manor, North Ealing, Park Royal, Rickmansworth, Ruislip and Snaresbrook, which were scheduled to be made step-free in 2024, are also pending further discussions with Government around funding. At these Tube stations, only design work has been undertaken so far.”

She also said that earlier this month Cockfosters had become the 80th Tube station to be step-free and that as part of the London Underground accessibility programme, Battersea Power Station and Nine Elms, both on the Northern Line extension, Moorgate, Whitechapel and Ealing Broadway would also become step-free as planned.

Yesterday the mayor of London has said covid-19 is the “sole cause” of TfL’s financial challenges, after he was accused by the prime minister of “bankrupting” the capital’s transport system.

Last week it was confirmed that Moody’s had downgraded the long-term ratings for TfL to A1 from Aa3 and changed the outlook to negative, which it said reflected ”TfL’s vulnerability to a weaker economic climate and the impact of the coronavirus pandemic, which will continue to depress fare revenues and other income over the medium term”.

The number of Tube passengers is at 32% of pre-covid “normal” levels, while buses journeys are at 52% of normal levels.