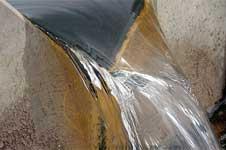 Thames Water has delayed procurement of its infrastructure provider to build the £4.1bn London super sewer until the autumn.

The firm had planned to tender for a consortium to be the infrastructure provider for the project in spring this year but this has now been pushed back because the utility company needs more time to firm-up the funding model to secure financial assurances from the government.

The government has already stated that it is open to providing “contingent financial support for exceptional risks in the construction” of the project.

The infrastructure provider will be a separate water company from Thames Water and will be regulated by Ofwat but will have the sole responsibility to finance, build, own and maintain the Thames Tideway Tunnel.

Thames Water will pay to use the facility and charge back the extra costs to customers.

Explaining the reason to push the timescale back, Phil Stride, head of London Tideway Tunnels at Thames Water, said: “We still need some assurances from government around the funding of it. We just want to be absolutely certain on the funding model.”

Stride said he expected construction firms to be involved in the consortium bidding for the £4.1bn job. He said: “If you were a company that was financial in nature I think you would want someone on board who knows what they are doing [like construction firms].”

However, Thames Water does still plan to start procurement for main contractors for up to three packages of work on the super sewer valued at around £500m each in spring and summer.

The contractors would eventually be contracted to the infrastructure provider but Thames Water is starting procurement first to streamline the process.

Last week Cabinet Office minister Oliver Letwin was reported to be considering full government funding for the project. But Stride said Thames Water had “not had
a conversation with anyone in government about it”.

However, he added that Thames Water was “open minded” about the possibility of the government fully backing the project and said he did not expect that this would alter the timescales for the job, which is due to complete by 2023.