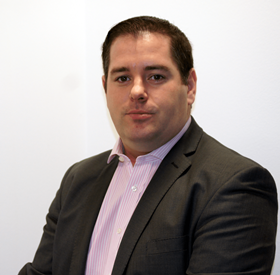 Consultant Thomas & Adamson has brought back former staffer David Lane to head up its QS business at its London office.

Lane (pictured) joined JLL at the beginning of last year after five years as a regional director at the Edinburgh-headquartered consultant.

He went to JLL as an associate director with a brief to “enhance the reputation and client base for the JLL QS team”.

But he has now moved back to Thomas &Adamson’s London office in Haymarket as its new regional director where he will be responsible for the QS department.

Around 20 people work at the London office which senior partner Alastair Wallace wants to spearhead a growth plan the firm has mapped out over the next five years.

This includes hiking turnover by £5m with over half of this coming from its London office, where revenues are currently around £2m, and more than doubling staff numbers in the capital.

Wallace said: “2019 will be a pivotal year for Thomas & Adamson, and in particular our London office. We are delighted that David has re-joined the team to help oversee the expansion.”

Schemes it is working on in the capital include the Greenwich Millennium Village for Taylor Wimpey and a gene therapy scheme at Moorfields Eye Hospital near Old Street for US specialist MeiraGTx.