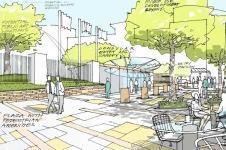 Is foul language keeping women out of construction? Plus, why greening historic buildings is pointless and the Americans can laugh at Boris

Who runs this industry?

The industry will never be diverse, as the industry sees itself as a clique. Women in architecture (regardless of race) are disadvantaged if they choose to have a family and work (unless of course they own or are already in the management team of a practice) and women in construction; particularly on site trades/management is never encouraged in case the foul language of the other people on site offends.

Until the industry as a whole treats everyone regardless of race or gender as an equal, we will never encourage them to start on the path, let alone stay in the industry.
Helen Ward

Regardless of your ethnic background or colour, if you want to be considered a professional, you go into law, medicine or finance. The construction industry has much deeper issues than just diversity.

Although I can appreciate both sides of this argument and have sympathies with both, the fact that, as far as housing is concerned, less than half a percent of the stock is listed means that in the grand scheme of things it makes little difference one way or the other and our time and efforts would be better concentrated elsewhere.
Chris

Images: The US embassy plans opposed by Cabe and the mayor

Who cares what we think. The Americans have diplomatic immunity, it is technically American soil they are building on.

They could build a replica of the Chrysler building and there is nothing we could do about it.
SgtPatrickHarper

Most of the building is in fact underground to avoid Charley-Boy passing negative comments. At least that is what they say…
Marmot Brown