TrustMark could be used to license builders 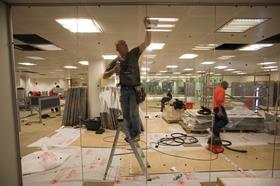 The chair of industry quality monitor TrustMark has said the scheme could be adapted to form the basis of a compulsory licensing system for construction firms.

This month Building revealed that the government is considering introducing licences for construction firms. The move comes after campaigners pressured ministers into addressing the problem of rogue builders, with the Department for Business Innovation and Skills undertaking research into how the practice works in other countries.

But Liz Male, chair of TrustMark, the voluntary industry quality scheme, said TrustMark, which is currently reviewing its standards, could become a compulsory scheme without damaging its reputation or credibility.

She said: “I’m not going to prejudice the result of the research, but it would be daft not to look closely at the TrustMark model and what it could achieve for the government.”

She added: “My feeling is that the government already has an answer to achieving the same sort of outcomes [it’s looking at] - it has had an answer sat under its nose for the last seven years.”

She added that the way TrustMark works keeps the burden of fees on smaller businesses to a minimum.

She said: “Trustmark was set up as a model of co-regulation … It’s the TrustMark model that has been the inspiration for the subsequent models [of regulation], including the Green Deal.”

But Brian Berry, chief executive of the Federation of Master Builders, said that while he remained supportive of TrustMark, he felt it was not best suited to become a compulsory licensing scheme as TrustMark was not sector specific. “[As] TrustMark covers a whole range of trades it would be difficult to cover the demands of a licensing body,” he added.

The campaign for licensing of construction firms gained momentum following the work of Meg’s Campaign, a lobby group set up after a Meg Burgess, aged three, was killed by a falling wall in 2008.