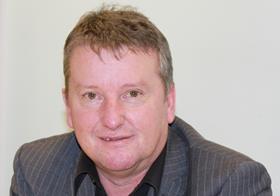 Construction union Ucatt has hailed what it called a “major breakthrough” in efforts to prevent future blacklisting.

According to Ucatt, employers representatives on the Construction Industry Joint Council (CIJC), the industrial agreement which covers 500,000 construction workers, agreed yesterday (March 20) to insert a new “anti-blacklisting clause” into the agreement, as a result of union pressure.

The new clause in the CIJC Working Rule Agreement states: “The CIJC does not condone any form of blacklisting of any worker.”

General secretary of Ucatt, Steve Murphy, who proposed the new clause, said: “This is a major step forward, blacklisting is a vile and disgusting practice. There must be no hiding place for blacklisters in construction or any other industry.”

“The majority of the major companies responsible for blacklisting follow the CIJC agreement. By inserting this clause we are a further step forward in eradicating blacklisting from our industry for once and for all.”