Teams involving Costain, Arcadis and Colas all in the mix

Arcadis and Costain are among four teams to have been shortlisted for a £500m-plus high voltage power supply systems contract for HS2.

The deal covers 280km of line in both directions between London, Birmingham and Crewe, where HS2 trains will join the West Coast mainline railway. 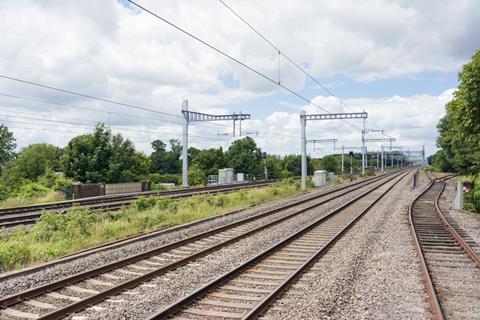 A winner for the work will be named next year

Around 50 traction sub-stations will be built alongside the line between London and Crewe to deliver power from the National Grid to the trains.

The winning team will also build a high voltage non-traction power network that will provide power to stations, shafts, portals, depots and railway systems along the route.

Arcadis has teamed up with the contracting arm of utility SSE and Linxon, a joint venture between Hitachi and Atkins owner SNC-Lavalin. Linxon, which has its UK base in Stoke-on-Trent, was set up three years ago with its head office in Baden, Switzerland.

Costain is paired up with Siemens while Colas and Eiffage, already working with Kier on a civils contract for HS2 in the Chilterns, form an all-French team. The list is completed by lone bidder UK Power Networks Services.

A winner for the £523m job will be announced next year.