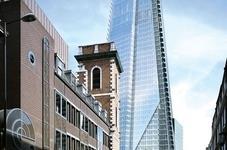 The UN's cultural agency has accused the UK government of allowing new building developments to endanger important heritage sites and in some cases ignoring its legal obligations to protect them.

Unesco has demanded urgent government action in response to its concerns and has even threatened to put one site - the Tower of London - on its list of world heritage locations in danger, according to the Guardian.

The heritage committee fears that the setting of the historic tower will be compromised by modern examples of high-rise architecture – Renzo Piano's 310m-tall Shard and Rafael Vinoly's 160m-tall Walkie-Talkie.

It also fears that architect Lifschutz Davidson Sandilands' Doon Street tower, recently approved by Hazel Blears against the planning inspector's recommendation of refusal, will threaten the skyline of Westminster.

The UK has been asked to provide by February a detailed response to the UN concerns on all seven sites, which also include Stonehenge, where plans to protect the henge from an adjacent road have been delayed for two decades.

The strongest concerns expressed by Unesco's heritage committee were about the risk posed to Edinburgh Old Town by Mountgrange's Caltongate, which was approved without a planning inquiry despite 1,800 objections.

The committee has said that the UK breached world heritage site guidelines by not giving it advance warning about Caltongate.

Unesco has already warned that Edinburgh may lose its world heritage status if inspectors, due to visit the city in November, find that the city has not met its obligations.

Bath is also due to be visited by Unesco inspectors soon to look into plans for residential tower blocks and an engineering school sponsored by UK engineer James Dyson in the historic city centre.

Meanwhile, Neolithic ruins in the Orkney isles at Skara Brae, Maeshowe, and the Ring of Brodgar, meanwhile are said to be jeoparised by a planned wind farm.

Marcus Binney, chairman of Save Britain's Heritage, applauded the UN's stance. “Heritage has taken a back seat to Cool Britannia and encouraging everything modern, and we're now uncomfortably in the limelight for failing to have proper policies to protect our world heritage sites, and timely criticisms are now being made,” he told the Guardian.