US giants in the running for £400m defence estate job 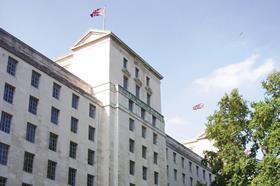 US firms Jacobs, Fluor, Jones Lang LaSalle, URS and CH2M Hill are among about a dozen firms in the running to secure the Ministry of Defence’s £400m contract to run
the defence estate.

Among the bidders are Capita, which has teamed up with US engineer URS; Mace, which is understood to be partnering with KPMG and property management firm Telereal Trillium; and US consultant CH2M Hill, which has submitted a standalone bid.

US construction firm Bechtel is understood to have expressed an interest, but is also eyeing the MoD’s forthcoming Defence Equipment and Support contract - which dwarves the DIO job - and it is not clear whether it submitted a bid. The firm declined to comment.

The DIO is is expected to announce a shortlist of three or four bidders by the end of summer, with an appointment expected in early 2013.

As revealed by Building this month, the contract value was initially stated as £100m, but rose to £400m just weeks after the tender was published.

A DIO spokesman said: “All applications will undergo an evaluation process prior to being considered for the invitation to negotiate phase.”