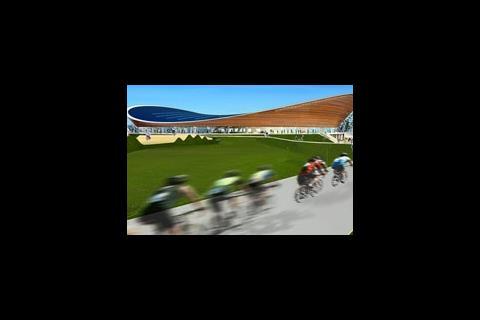 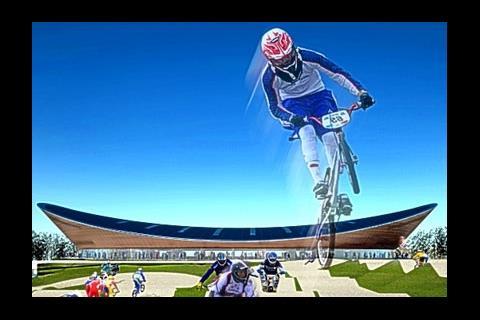 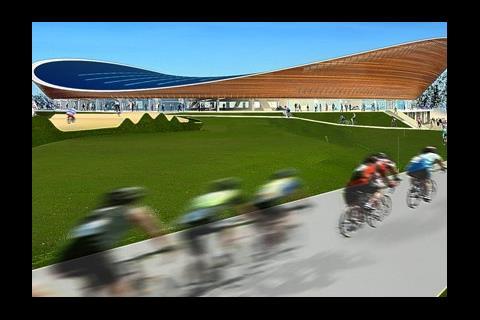 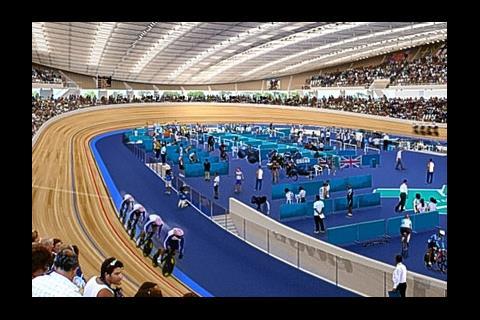 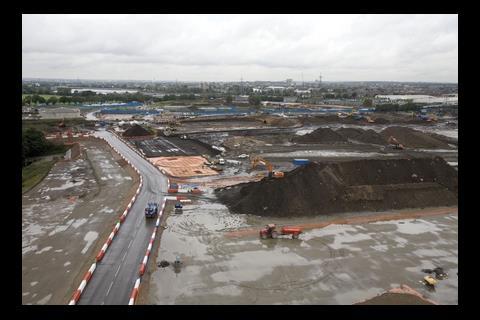 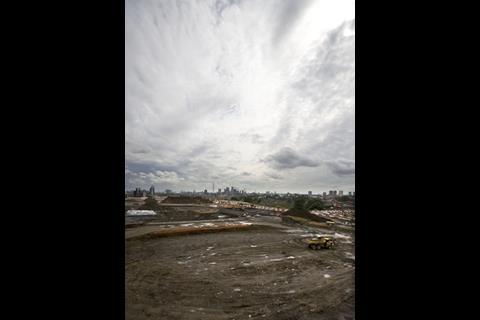 View from the north of the VeloPark facing south with the bowl of the Velodrome in the foreground. 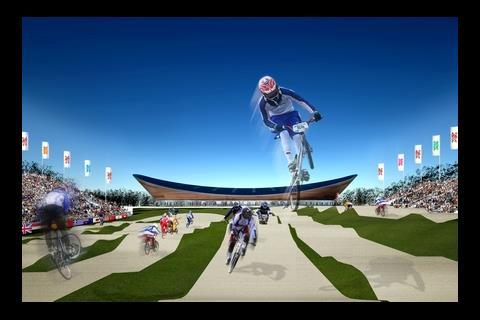 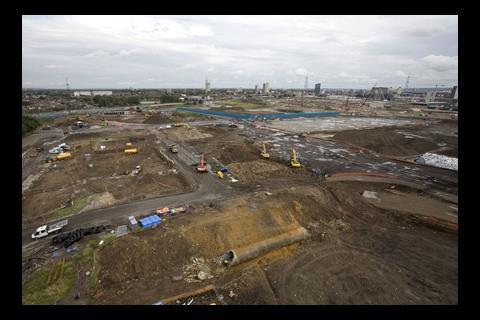 The venue, situated at the north of the Olympic park, will include a 6,000-seat velodrome to host the cycling events and 400m BMX circuit.

A glazed concourse offering views of London’s skyline will be situated beneath a “floating” roof. Hopkins Architects, who designed the building, say the design is intended to reflect the workings of a bicycle, by being lightweight and efficient.

The venue will be linked to cycle routes across the capital. A one-mile road cycle circuit and 6km mountain bike course will also be added after the Games, to enable the park to be used by cyclists of all abilities.

Olympic chiefs have defended the new £80m budget which dwarfs the original bid figure of £28m.

A spokesperson for the Olympic Delivery Authority said: “The current budget is for a venue with a much wider rage of facilities and the design now includes a road cycle circuit and a mountain bike track to be completed after 2012. It’s about providing a permanent world-class cycling facility for London.”

Hoy, the first Briton in 100 years to win three gold medals in the same Olympic Games, said he hoped the building would boost the popularity of cycling.

“Becoming Olympic champion simply wouldn’t have been possible without the local cycling facilities I used when I was growing up,” he said. “I’m delighted to help launch the designs of the London 2012 velopark which will provide first-class facilities for cyclists of all ages and abilities.

The cyclist visited the venue this morning alongside mayor Boris Johnson and Lord Coe.

“The velopark is going to be an outstanding iconic landmark that will be admired around the world,” said the mayor. “I can’t wait to see the finished structure packed to the rafters cheering on Team GB cyclists as once again they go for gold in 2012.”

Video of BMX track and Velodrome