Replacement for Bruno Dupety set to be announced this autumn 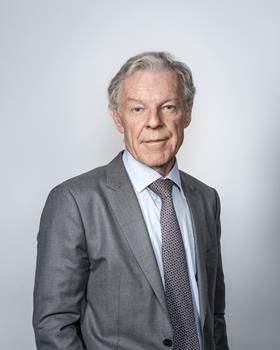 Vinci is expected to name a new boss for its UK business this autumn after current chief executive Bruno Dupety said he was stepping down after nearly five years in the role.

Dupety, who joined the French giant in 1999, was parachuted into the top seat at its UK arm in October 2014 replacing John Stanton who retired after 22 years at the business.

He was brought in by group chief executive Xavier Hulliard as part of a shake-up at the business which racked up a thumping £217m pre-tax loss in 2014 and a further £70m loss the following year.

Problem building and civils jobs, including the firm’s disastrous Nottingham tram scheme, were blamed for the losses but since then it has returned to the black and last year posted a pre-tax profit of £14m on turnover of £873m.

Dupety (pictured) said: “The business is in a good place. Our building division and our facilities management division had the best year ever in 2018. Now is a good time to make a change.”

The 63-year-old Frenchman, who last year scaled the world’s highest mountain, Mount Everest, reported directly to Huillard but his replacement is set to report in to Paris-based Jerome Stubler, the chairman and chief executive of Vinci Construction in France.

Stubler will act as chief executive of the UK business until a replacement for Dupety is found.

The firm said Dupety will help out Stubler in the interim and will work as a consultant on a number of its major schemes including its jobs on HS2, which includes the stalled station at Old Oak Common in west London and tunnelling and viaducts work on the route near Birmingham. It is also working on the mixed-use New Covent Garden Market scheme at Nine Elms in London.

Vinci has its UK headquarters at Watford and internal candidates set to be in the running for Dupety’s job include Tony Raikes, the managing director of its facilities business, building boss Chris Hamer and Julian Gatwood who heads up the firm’s civil engineering arm, Taylor Woodrow.