Vistry says it will work with government on cladding cost levy

Housebuilder says profit will be around £345m

Vistry has pledged to work with the government to find a “solution” to cladding costs as it reveals its profit is in line with expectations for the year.

The housebuilder is the first major developer to publicly comment on the proposals announced at the start of the week.

In a trading update this morning, the housebuilder said it was “supportive” of Michael Gove’s plan to force developers to pay £4bn to remediate tower blocks between 11m and 18m in height. 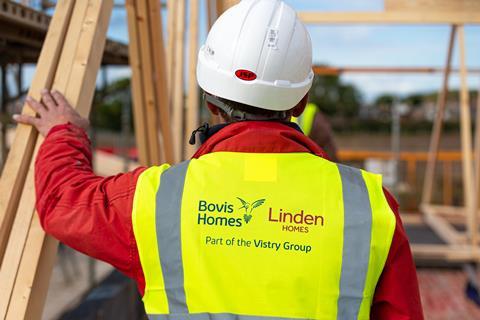 It added: “We fully agree that the costs of remediation should not be borne by leaseholders and we will work directly with the government as well as with the Home Builders Federation to deliver a solution.

The comments came as Vistry said its pre-tax profit for 2021 would be around £345m, a more than doubling on the £143.9m profit reported in 2020. In September, it said profit would be 5% higher than the market consensus forecast of £329m.

The group said it has seen supply chain pressures and inflationary price increases on certain products and skilled labour throughout the year, although these have eased recently. It is forecasting build cost inflation of 5% in 2022.

Vistry was formed in January 2020 following the £1.1bn purchase by Bovis Homes of Galliford Try’s partnerships and Linden Homes businesses.