Vote for the 2009 Green Guru thinker (sponsored by Ecobuild) 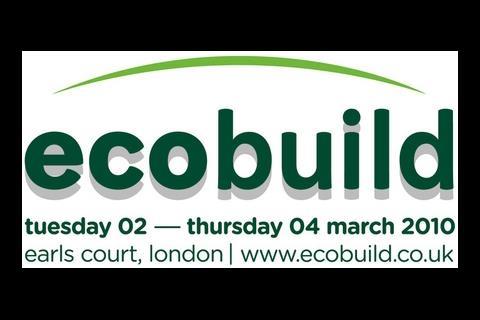 Well-known names dominate the shortlist for the greatest green thinker

Director of external affairs at the Federation of Master Builders (FMB), Brian Berry has been a driving force in changing builders’ perceptions on the need to embrace the low-carbon built environment. On his arrival at the FMB in 2007, he instigated a completely new approach to green policy. As the champion of the federation’s Building a Greener Britain campaign, Berry has helped change ways of thinking within the SME construction sector and among those who help frame policies affecting the industry, attracting personal endorsements from the main party leaders, including the prime minister. Berry was also responsible for commissioning the influential Oxford University research report into retrofitting, which revealed the potential market of £3.5bn-£6.5bn to retrofit existing UK homes. The sea change in thinking about the need to create greener homes and grow the skills of builders has in part been driven by Berry’s challenging of established views. A regular commentator on green building issues, he was recently asked to give oral evidence to the House of Commons Environmental Audit Committee inquiry into green jobs and skills.

The chief executive of Atkins, Keith Clarke has done much to push the industry into addressing climate change and is midway through an ambitious programme to get the 17,000 people who work for Atkins to “rethink the design question” by putting carbon criticality at the core of their thinking. Clarke has also used his influence to get others outside the firm to bring about change. In the past 12 months he has delivered 24 keynote speeches on the subject of sustainability to industry bodies such as the Building Business Leaders Forum, the Institution of Civil Engineers, the Environment Industries Commission and the Hong Kong Chamber of Commerce and the Middle East Economic Digest. Clarke also holds the unpaid role of chair at the Construction Industry Council, where he has helped make inroads into the areas of research, data, tools and training construction professionals to address solutions to climate change. In addition, he has led a campaign to call for tough global binding targets when the world meets to finalise a global climate change deal in Copenhagen later in the year.

Nicholas Doyle has been pioneering environmental sustainability in the housing sector for more than 10 years, influencing policy and delivering projects that have led to real change. As director of sustainability at Places for People, Doyle developed the policies that led to a 2007 Housing Corporation Gold Award for Environmental Sustainability, implemented a multimillion-pound investment programme, and is now completing a strategic action plan for the group’s 10-year development pipeline. He also delivered a groundbreaking retrofitting project, Whitechapel 2050, which achieved an 80% carbon reduction in existing homes. In addition, Doyle has recently completed research into the creation of energy service companies (ESCOs) in new-build for the Homes and Communities Agency, successfully lobbied for the introduction of feed-in tariffs, and is working with the Zero Carbon Hub on the definition of zero carbon and the delivery of affordable solutions. A member of the Sustainable Development Commission Panel and the NHF Environment Expert Group, he is also a founding member of the Existing Homes Alliance and non-executive director of solar panel firm Viridian Solar.

As chief executive of the UK Green Building Council (UK-GBC), Paul King has had a major influence on sustainable building policy, especially with the rise of green refurbishment up the political agenda over the past 12 months. In January, the Conservative Party set out plans for a £6,500 “entitlement” for householders, to be spent on energy efficiency, which was based on UK-GBC recommendations. The following month, the government published the Heat and Energy Saving Strategy consultation, which acknowledged the role that the UK-GBC had played in bringing a large number of stakeholders together to inform this draft strategy. In April, the UK-GBC hosted a speech by shadow chancellor George Osborne, in which he outlined plans for low-carbon existing homes and took questions from the industry. And this summer the UK-GBC produced an in-depth report on the Pay As You Save financial mechanism, bringing together a diverse range of over 100 organisations to take part in eight different workstreams – work that was acknowledged in the Climate Change Committee’s recent report. The UK-GBC also helped launch the Great British Refurb campaign with Kevin McCloud, engaging consumers in low-carbon refurbishment.

Neil Smith plays a key role within the National House-Building Council (NHBC) and across the industry in raising standards to protect homeowners and inform the industry about the likely impact of changing regulations, including the increasingly tough sustainability requirements. As group research and innovation manager, he is responsible for managing the NHBC’s technical input into the sustainability and zero-carbon homes agendas. He manages a programme of research, primarily through the NHBC Foundation, to meet the needs of the NHBC in controlling risk and encouraging safe innovation. Co-author of the original EcoHomes guide, Smith serves on the Code for Sustainable Homes Advisory Group and is a member of the recently formed Homes and Communities Agency’s Design and Sustainability Advisory Panel. Author of the NHBC’s regular Sustainability Extra newsletter, distributed to over 18,000 builders and industry professionals, Smith also chairs regular sustainability events that bring together leading housebuilders and housing associations to debate the latest issues and case studies.

Besides being chief executive of Inbuilt, David Strong works unpaid as the chair of DIAG (www.diag.org.uk), the EU Energy Performance of Buildings Directive Implementation Advisory Group, which has provided the government with a pragmatic framework for the implementation of the directive, including the introduction of EPCs and DECs and a revolution in the energy labelling of UK buildings. His work setting up Inbuilt – the UK’s first consultancy purely focused on sustainability in the built environment – and the team he now leads there have significantly influenced how organisations view the role of sustainability experts within the design and development team. Strong understands and promotes all aspects of sustainability and practises that joined-up thinking to achieve genuine sustainability. Arguably the UK’s strongest voice for elegance in sustainability, he was the driving force behind the establishment of the UK Green Building Council. He gives up his time to teach students and mentor young people inspired by sustainability, as well as to brief MPs and special advisers developing new proposals for tackling climate change. Policies quietly inspired by Strong’s unique thinking on sustainability will affect the industry for years to come.