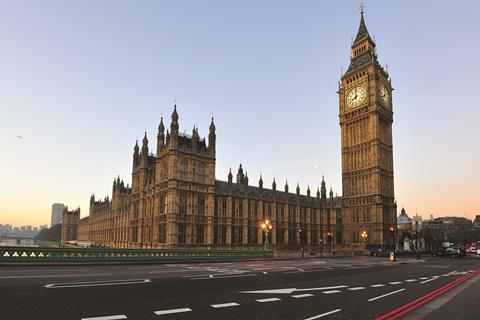 A decision on whether to carry out the proposed £6bn revamp of the Palace of Westminster could now be delayed by up to four years with actual restoration work not starting for another decade.

MPs will decide tomorrow (Wednesday) on proposals to carry out only essential work to services during the current Parliament and agreeing to review the need for more comprehensive works before its end in 2022.

Tomorrow’s vote has already been delayed from earlier this month and comes more than two-and-a-half years after a report, commissioned by both Houses of Parliament, was published looking at options for carrying out urgent renovation works that could take 30 years to complete.

Three options were proposed in the study put together by a team featuring Deloitte Real Estate, Aecom and HOK, who warned that work needed to start soon or the grade I-listed building would face irreversible damage.

The June 2015 report added work should begin by 2021 otherwise the scheme would face cost hikes of £2m a week.

A year later, a joint committee of MPs and peers representing both Houses recommended a full move lasting six years to make way for the works to begin.

But MPs are now being asked to decide on whether to set up a shadow sponsor board and delivery authority to undertake further detailed analysis of the three options, meaning work won’t actually start for another 10 years.

If approved, the costs of moving out completely, partially or remaining at the building while work is carried out will be looked at again. The Deloitte report said MPs and peers staying at the Palace would mean work would drag on for 30 years.

An amendment to one of tomorrow’s proposals has also been tabled, which could see MPs vote to proceed with the full move out option.

Under this plan, MPs would relocate to the nearby Richmond House, currently sitting empty after the departure of the health department, while peers move to the QEII conference centre.

Building revealed in September that the stalled plan to refurbish the Palace of Westminster would be delayed further because of a deal to give all new MPs elected at the next general election the chance to make a maiden speech in the historic chamber of the House of Commons before they are moved out.

Last spring MPs on the public accounts committee urged Parliament to “get on” with the revamp and endorsing the full move-out option, adding: “The best value for money will be achieved by getting on with it.”

In a 2015 report from Aecom, Deliotte and HOK, which detailed three potential options, including the full move out of Parliament to allow for the revamp of the palace starting by 2021, also pointed out that any delay to this deadline would increase costs to the possible £5.7bn programme by up to £2m per week.