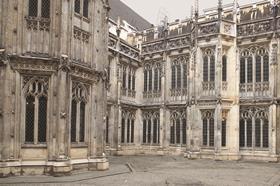 Fears are growing that the stalled plan to refurbish the Palace of Westminster will be delayed further because of a little-known deal to give all new MPs elected at the next general election the chance to make a maiden speech in the historic chamber of the House of Commons before they are moved out.

Building understands that incoming MPs would be allowed to give a maiden speech in the Commons chamber before being moved to new offices elsewhere in Whitehall while repair work is completed.

Last September, the parliamentary committee in charge of the refurbishment recommended that MPs and peers move out while the £3.5bn repair work, which will be overseen by US engineer CH2M with BDP as architect, takes place over six years.

Under this plan, which is yet to be approved by parliament, MPs will move to the nearby headquarters of the Department of Health, Richmond House, while peers move to the QEII conference centre.

It had been hoped – following the introduction of fixed-term parliaments in 2011 – that MPs elected at a 2020 general election would be able to give their maiden speeches in the Commons chamber. Parliament could then be shut for at least six years and those elected for the first time in 2025 could then speak in a refurbished Commons chamber before an election in 2030.

But Theresa May’s decision to call a snap election in June has put what would have been the 2020 election back by two years, similarly delaying the refurbishment schedule to allow new MPs to make maiden speeches in the historic chamber.

If the prime minister calls another unscheduled election during the current fixed-term parliament, work could be delayed yet further.

A source close to the project said: “What no one seemed to realise was that the snap election would delay the refurbishment of the chamber, as the deal with MPs [in exchange for their approval for the works] was that all new MPs will be able to give a speech. That was going to be the maiden speech after the election, and then for the next lot, a speech at the end of the following term. That would give a window of around eight years for the work.”

MPs who sit on the restoration and renewal committee have criticised the proposal to put repair work on the backburner so new MPs can make their maiden speeches.

SNP MP Neil Gray said: “Some MPs are worried that we may never come back – which is irrelevant to the general public, who would baulk at [the refurbishment cost] figure, but wouldn’t care about who makes their maiden speech where.”

And Labour MP Mark Tami said: “When I started on the committee I strongly believed they should work around us. I changed my mind and came to the view that we needed to move out – and I wasn’t alone in that. I recognise there’s no good time for a government to debate this and that ideally we wouldn’t move out [and risk MPs not speaking in the chamber]. But we shouldn’t lose sight that this isn’t about fitting around MPs; it’s about the future.”

Work to repair the crumbling grade I-listed building is already believed to be 18 months behind schedule, with a vote to determine the preferred way to carry out the repair work due to have taken place earlier this year.

“If the politicians want MPs to make speeches in there: fine, it can be planned for. But all our original planning was to be two years into a fixed-term parliament, not a few months into another one.”

Another option for the work, allowing MPs and peers to remain in place, has a pricetag of £5.7bn and would take more than 30 years.

A parliamentary spokesperson said: “Subject to the decision of both Houses, we would aim to complete the programme straddling two parliamentary terms so that any single term MP will have an opportunity to speak in the historic chamber, either in the beginning of the first Parliament or at the end of the second.”