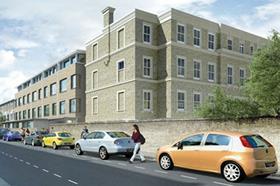 Nearly one in five free schools opened under Michael Gove’s flagship programme have a total capital cost of over £25k per pupil, around £8,000 above the average cost per pupil of schools built under the Building Schools for the Future programme.

The NAO also said the average capital cost per place for free schools had risen by 35% over the first three years of the programme. It said this was partly due to the inclusion of special and alternative provision schools, which have a higher cost per place, but also due to the funding of more secondary schools than expected, and the rising cost of purchasing premises, particularly in southern England.

The report said the Department for Education (DfE) had paid over its valuations for 63% of freeholds it had purchased, amounting to an additional £27m in spending.

Overall, the NAO said it had cost the DfE on average £6.6m to acquire and convert premises for free schools, more than double the £3m it originally estimated in 2010.

The NAO urged the government to tackle the “rising cost” of free schools, and criticised the DfE for prioritising “opening schools at pace, rather than maximising value for money”. However, it did acknowledge that the construction costs within the free school programmes were around 45% less than previous school building programmes, with the DfE using “less extensive building specifications”, as well as reduced space standards to
bring down costs.

A DfE spokesperson said the NAO report showed free schools “offer good value for money” and that schools were being opened at a “fraction of the cost” of new schools built under BSF.