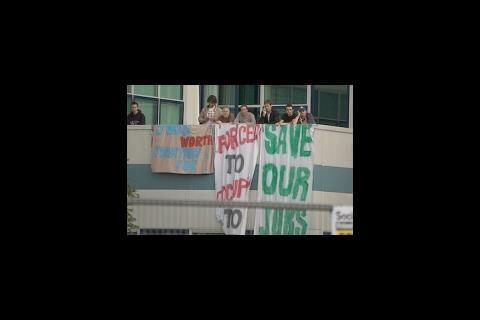 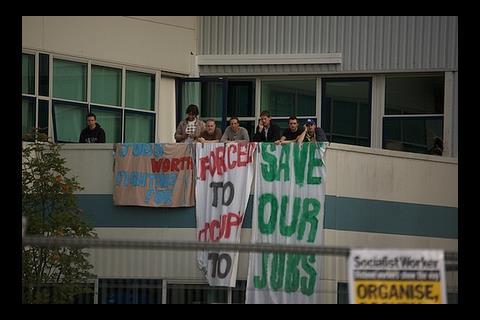 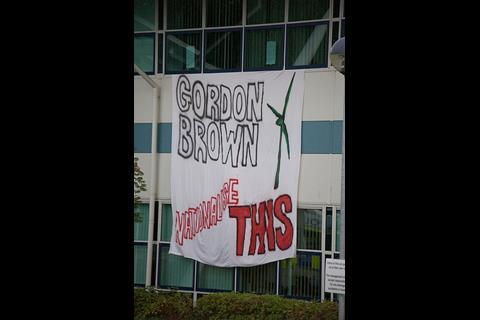 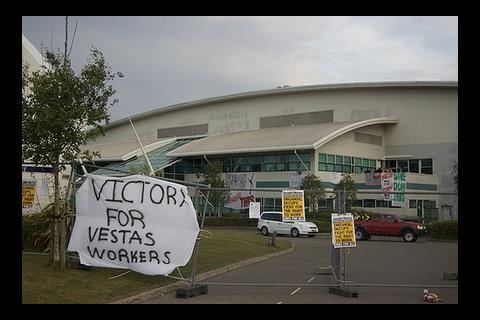 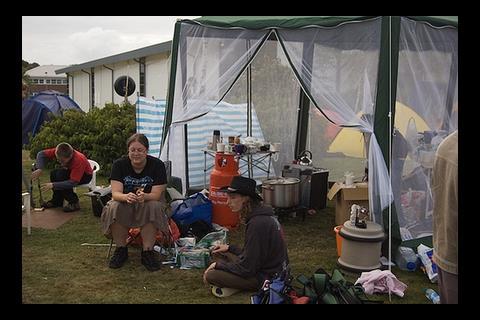 Workers staging a sit-in at a wind turbine factory in the Isle of Wight have been served with court orders by Vestas.

The twenty-five workers are protesting about the decision to close the factory, which will result in the loss of 625 jobs.

Five people have been arrested at the site, but those barricaded inside said the threat of criminal charges would not stop their occupation.

Vestas said the factory was being closed next week because of reduced demand for wind turbines in northern Europe.

One of the workers barricaded inside spoke to BBC radio this morning. Ian Terry said: “We’re here peacefully - we’re not going to be brushed under the carpet.

He blamed the government for not subsidising the renewables market.

In a letter to The Guardian the energy and climate change secretary Ed Milliband, defended the government’s lack of subsidy.

Milliband said: “The factory makes onshore wind turbines, not for Britain and Europe but a different-sized turbine for the US. Vestas has now opened a US facility to serve that market”.

“For months, we have worked with the company to understand what would be required to convert the factory to making onshore blades for the UK. The issue for Vestas was not subsidies, but how it could get enough orders… they do not have sufficient orders."

Milliband said Vestas was keeping a R&D facility at the factory, which could potentially employ 150 people.

Ditlev Engel, chief executive of Vestas, said that public opposition to onshire wind turbines was stifling the market in the UK. “We are unlikely to be a centre for onshore wind production if applications are consistently turned down. So we have to win a political argument.”

A rally will take place today in support of the protesters. Climage change activists are gathered at the site.