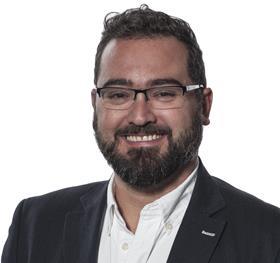 WSP Parsons Brinckerhoff has embarked on a recruitment drive with five new senior hires including a new executive director.

Former Balfour Beatty director Alistair Kennedy joins as an executive director, returning to the UK after two and a half years in South Africa where he was the construction manager on the US$10bn Medupi power project.

Prior to joining WSP PB he spent over 20 years at Balfour where he held both project and general management roles in the power, nuclear, civil engineering, petrochemical and railway sectors.

Other senior appointments include Gianluca Barletta (pictured), who moves to WSP PB in the UK as head of smart consultancy in the development team from the Canadian business.

Jenkins is a ground assessment, remediation and decommissioning specialist with 23 years of international experience working across Australia, Indonesia and the Pacific Islands.