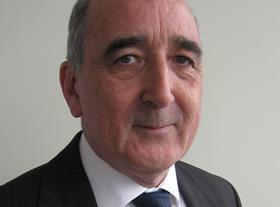 WYG has nabbed Akins’ director Steve Novis to head up its central and eastern Europe team.

Novis (pictured) in his new role as infrastructure & built environment divisional director will oversee the WYG’s architectural, engineering and design teams across a variety of regeneration schemes. He will split his time between Poland and WYG’s London office.

He had been at Atkins since 1981 where he held several roles including, heading up a 1,200 workforce operating in the infrastructure sector and managing director of the firm’s project and programme management business.

Last year Atkins was taken over by Canadian engineering group SNC-Lavali in a deal worth £2.1bn.

Novis also spent five years from 2009 based in Warsaw as managing director of Atkins’ Polish business.

In December, WYG, which is working on a major regeneration scheme in Leeds called Kirkstall Forge (pictured) which will see more than 1,000 homes built at a former industrial site on the banks of the river Aire, reported a £2.8m loss for the first half of its financial year, which it said was down to problems within its consultancy services division after posting two profit warnings.

It is due to issue a trading update next month.