Biggest practice remains US firm ahead of Chinese newcomer

Zaha Hadid Architects has jumped into the top 50 of the world’s biggest architects, according to this year’s WA100, Building’s sister title BD’s international survey of the globe’s 100 largest firms.

The firm, which has hit the headlines in recent years following a bruising internal battle over who controls the late architect’s legacy and which has seen it rack up £12m in costs to use its founder’s name, is a new entry in this year’s list at number 33.

Its latest accounts showed the practice defied the impact of the pandemic, with the firm seeing turnover jump 15% to £61m in the year to April 2021, while pre-tax profit almost tripled to just over £9m. 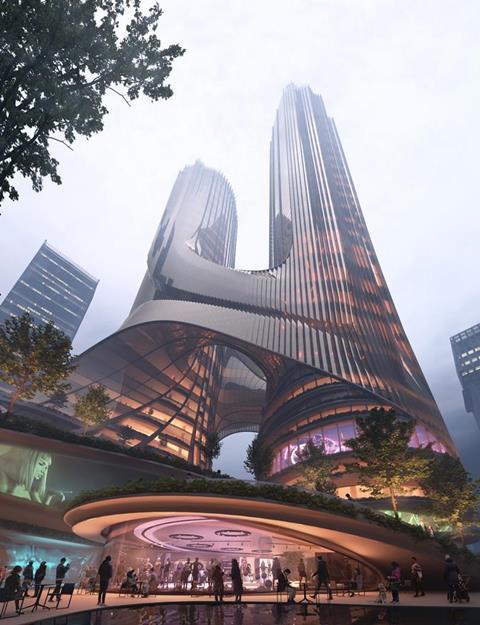 Zaha Hadid Architects won a competition last year to design a pair of 400m tall towers in the heart of a new tech district in Shenzhen, China.

According to this year’s WA100 rankings, the firm had 370 architects and is one of five UK practices in the top 50 of this year’s list.

The UK’s biggest architect remains Foster & Partners, which recent accounts showed paid out £9m to its 180 partners under a pay initiative set up in 2014, with just over 500 architects.

Other UK firms in the top 50 are BDP, which faced flak last year for hanging onto furlough cash while paying its parent a £16m dividend, AHMM, the practice of RIBA president Simon Allford, and Chapman Taylor which has 16 offices around the world including London, Dubai and New Delhi.

US giant Gensler remains the biggest practice in the world with nearly 2,700 architects and fee income of $1bn-$1.5bn.

Chinese firm Zhubo Design is a new entry in second place with 1,320 architects although its fee income is just $110m-$119m – which would put it outside the top 20 on this ranking alone.

Another US firm HDR is in third place with Japanese practice Nikken Sekkei, a stalwart of the top three in recent years, dropping from last year’s second to fourth.

Other new entrants include Singapore firm Surbana Jurong and another Chinese practice, Capol.

The WA100 firms are expecting workloads to bounce back this year with 73% predicting growth in the coming 12 months, up from 24% a year ago. The Pacific rim, which includes the key market of China, is one of the work hotpsots with all architects in the top 100 expecting to be hiring in the coming year.