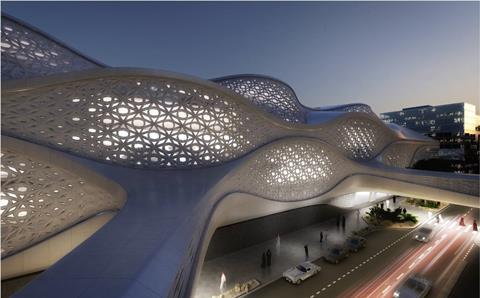 Architect Zaha Hadid has been appointed to design one of the three main stations to be developed as part of Riyadh’s new metro system.

Arriyadh Development Authority (ADA) said this week the architect had won the job to design the metro station at the King Abdullah Financial District.

ADA said the design was a modern twist on the Mashrabiya found in traditional Arabic architecture, with the “soft, fluid wave forms”, creating an “impressive aesthetic whilst also minimising solar gain”.

When complete, Riyadh’s metro service will boast 85 stations across six lines with underground, elevated and at-grade sections.It will connect with a 500-stop bus network.

ADA director Khalid Hazzani said the selection of station designs was a milestone for the scheme, which is described as the world’s largest urban-transport project currently in development.

“These iconic landmarks will transform the city streetscape,” he said.

“They will not only provide elegant interchanges for one of the most advanced public transport systems in the world, but also provide new public spaces for shopping, eating and working.” 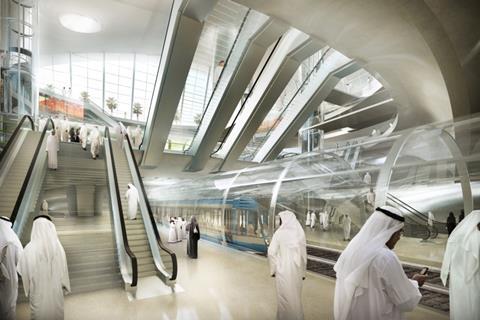 Snohetta’s design for the interior of the Qasr Al Hokm Metro Station in Riyadh, Saudi Arabia.