As the deadline to report gender pay gap approaches, Building and Aecom gathered top industry figures to debate how far gender equality has come in the construction industry, how far it still has to go – and how to get there 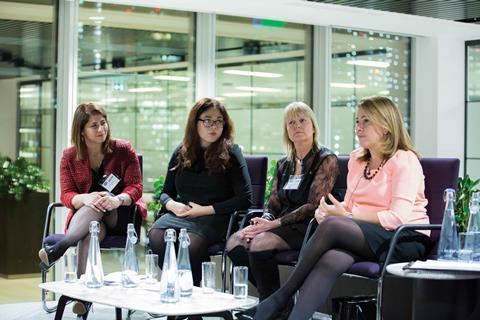 Fostering a culture of transparency, flexibility and dialogue within companies is vital if the construction industry is to achieve gender equality: that was the consensus of a panel discussion that took place on 22 February in the City of London’s Aldgate Tower.

Held in association with Aecom, the discussion – titled “Closing the Gap” – brought together leading figures from contracting, consultancy, law and architecture, with Building’s deputy editor Chloë McCulloch as chair. The speakers touched upon the impending 4 April gender pay reporting deadline, but went beyond the immediate potential for the revelations to cause embarrassment, delving instead into how companies could maintain the current momentum around the issue of equality and diversity in construction.

“[Change] starts at the top of the organisation, with leaders who are prepared to say, ‘this is important to our business and culture’” 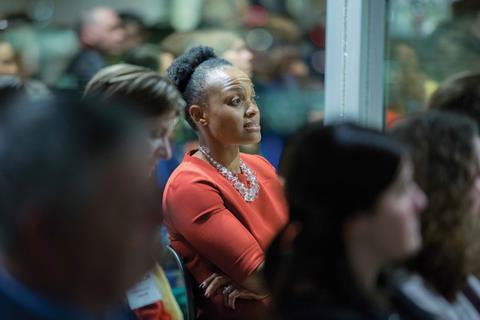 Aecom EMIA chief executive Lara Poloni said gender equality was important because “it’s the right thing to do” but also because “there is overwhelming evidence [of its advantages] from a business productivity point of view”. But she acknowledged the challenges. “It’s all well and good for an organisation to have a glossy brochure that lays out their diversity and inclusion strategy, but [tackling this problem] takes a lot of commitment to being transparent, as well as time and money.” In striving for gender pay equity in Aecom’s Australia division, she said, the company spent AUS$5m (£2.8m) over two years, and it is looking to similar measures in the UK. “But what that [initiative] meant, particularly to female staff and in terms of our employment brand, was immeasurable,” Poloni added. 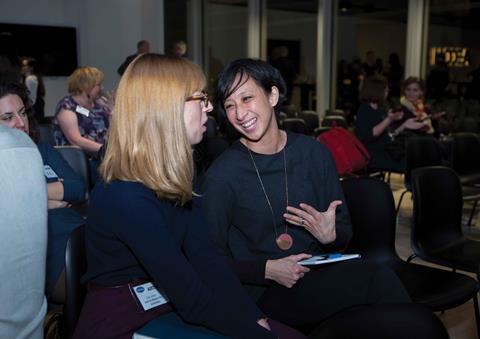 She said, however, that – beyond money – addressing the issue of gender equality issue required human commitment. “[This kind of change] starts at the top of the organisation, with leaders who are prepared to say, ‘this is important to our business and culture’, then there [need to be] conversations with staff about what you’re going to do about it.” Aecom has recently established a diversity and inclusion committee, comprising people from all levels and divisions in the company, to help achieve this.

The reality, however, is that the industry is still predominately male – especially at its highest levels – so bringing about change will mean involving men in the conversation. Theresa Mohammed, partner in law firm Trowers & Hamlins and chair of the National Association of Women in Construction (NAWC), pointed to the women’s networking group Chicks with Bricks as an example of how some organisations are doing this – it insists on men making up 12% of attendees at its events, asking their women to bring male colleagues along.

“My challenge to people is to create a collegiate, supportive network” 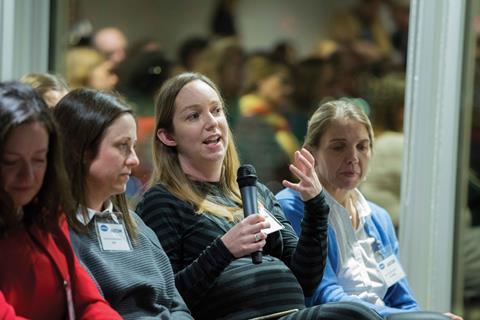 Meanwhile, Huda As’ad, director at consultant EY, said that women needed to ensure they supported each other in the workplace, referring to the phenomenon of powerful women “pulling up the ladder” behind them. “My personal experience from when I worked on construction sites was that women were not always the best advocates of other women. My challenge to people is to create a collegiate, supportive network.” As a senior person in the company, she said she feels has “a duty to unpick blockers for other women who come in my path and regularly intervene”.

Caroline Buckingham, RIBA vice president and former director at architecture practice HLM, agreed on the need for senior figures to provide support for other women’s career development, noting that the RIBA has offered guidance to architectural practices on how to establish a mentoring programme. “Quite a few women find it difficult to ask for more money, to be promoted or to make a point – you’ve got to help provide those softer skills,” she said. But she also observed the importance of not placing the burden of change too heavily on the shoulders of women. “I was made a director in a large practice when I was relatively young and remember being told [by the other board members] that I needed to be more assertive and bang the table to get my point across,” she recalled. “That’s not my style – it took a few years for them to accept that.”

“We do innovate and women are doing brilliant things, but we don’t market that well enough”

Buckingham said this was part of a wider culture in the construction industry that could be unfriendly to female employees. Family commitments, for example, can be perceived as a distraction from professional duties – and these responsibility still fall disproportionately on women. This is often noticeable “when you’re not around in the office or going drinking after work, and need to get back to the kids” she said. “I’ve been in situations where people don’t even want to talk about their children in the office.” She pointed to the importance of conversation to help break these taboos, rather than simply expecting people’s circumstances to change. “We shouldn’t be embarrassed to say that some of us want to have kids – let’s talk about it and work around that.” 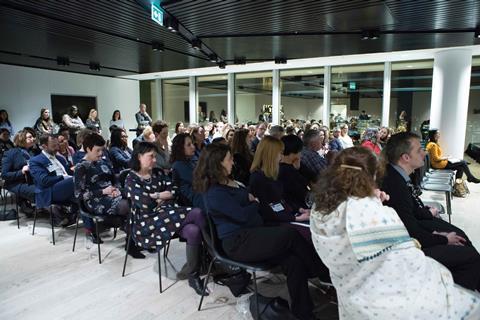 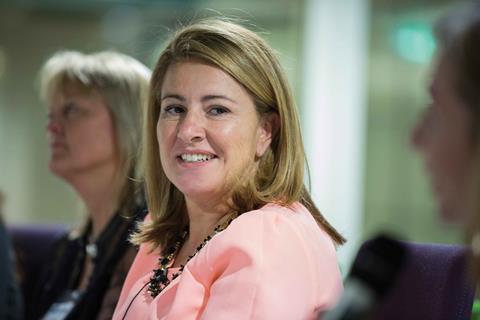 Buckingham said flexible working policies were vital to helping people accommodate work and personal tasks. “There is a perception we need to overcome that achievement should be measured by time, rather than output. I don’t care when and where you do [your work], as long as it is delivered. Productivity is so much better as a result and there is a respect and trust.” 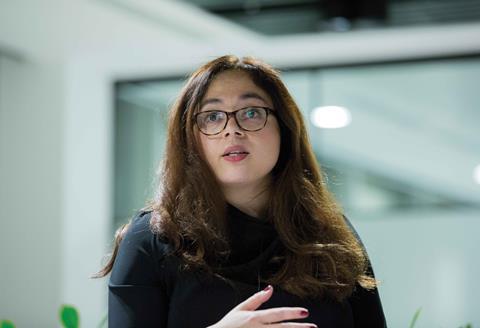 At Aecom, Poloni said, workplace flexibility is increasingly becoming a topic of conversation across the board.  “I’m seeing more men talking about their desires to share in parenting and more people talking about their carer’s obligations. Flexibility strategies are not just for women or for the younger demographic – [the industry has a] skills gaps, so we should be doing more to encourage men and women to work longer and work flexibly as they transition into retirement, so there is continuity in experience and knowledge. We have a very simple mantra on workplace flexibility: if it works for you and your clients, we will work it out.” She did add, however, that strategies specifically targeting women still have a place – for example, analyses to ensure that pay gaps don’t emerge when women take breaks from their careers to have or look after children or when new people are hired. 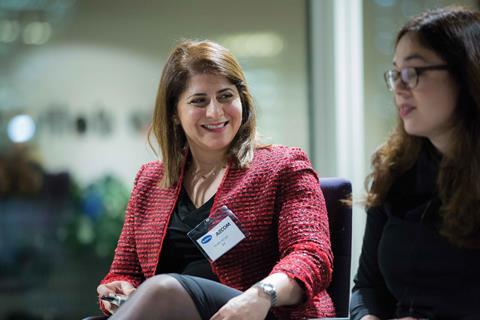 The difficulty of recruiting women to the industry was another topic of conversation – a problem that As’ad recognised as starting as far back as when children encounter gender stereotypes about what jobs men and women should do. Mohammed acknowledged that the industry had problems attracting women, but argued that it was, in many ways, down to its image rather than the reality of the working conditions. “There’s a perception that construction is [just] manual trades or something you do if you can’t do anything else,” she said. “I was disappointed to see how critical the recent Farmer report was of the construction industry – I think we do innovate and women are doing brilliant things, but we don’t market that well enough. Communicating how innovative we are is a real problem in construction.” 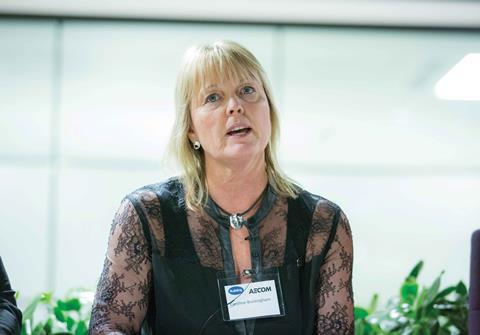 She mentioned some of the campaigns that the NAWC is doing to confront these perceptions. “One of our drives is to tell the real story of what women do on site, be that driving cranes, abseiling off construction sites, leading design teams, project management, lawyering,” Another is an online photo project that links women in different roles to their educational background and work experience. “The idea is for it to become an educational tool for possible entrants into construction that illustrates the breadth of roles and opportunities out there, and shows there are people doing exactly what you want to do.” Mohammed also emphasised the importance of showcasing young talent, not just senior leaders, on company websites and social media, “so people looking into construction can see someone within a few years of their age doing something they may fancy doing or give them the idea”. 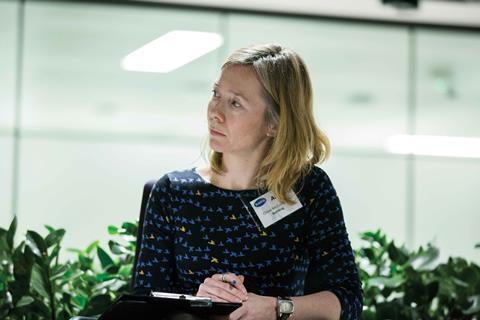 There were some mixed feelings among the panellists about pushing up female representation through compulsory goals. Both EY and Aecom had said they set targets to increase women at senior and entry levels. Poloni said: “I’m not a fan of quotas as such, but it’s important to set yourself targets – for a strategy to succeed you’ve got to have something you’re aiming for and that you keep yourself accountable to.”

In reference to the relative lack of female graduates in STEM subjects, she added: “You may say, ‘it’s really easy [to recruit an equal number of women]’, but it’s actually really hard for an organisation like ours, which is built up on multiple layers of engineers.” She suggested that addressing this problem involved starting recruitment efforts much earlier – at undergraduate level. Beyond that, Aecom has committed this year to removing gender identification in job applicants’ CVs, to help prevent unconscious bias against women in the hiring process.

Buckingham is not persuaded by the idea of strict targets: “I don’t believe that we will all naturally end up with 50/50 [gender balance] – it’s not how the world works.” In an ideal world, she said, everyone in the construction industry would be given “equal opportunities, so we all have the same fair chance”, with the recognition that different people may well have different career trajectories. “I hope I’m sitting here one day and don’t need to talk about gender and equality at all,” she added. Pointing to a pregnant women in the audience, she said: “I hope that, for your child, it’s not even on the agenda.” 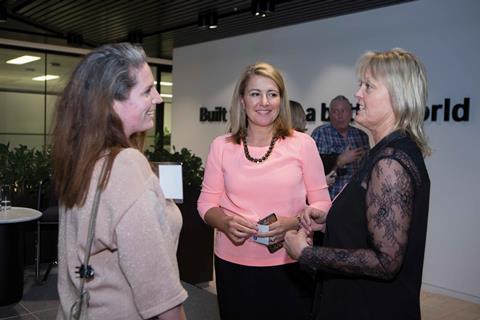