Industry experts discuss the pain created by delayed payments, what causes the issue and how to eradicate the problem for good. Debika Ray reports on a roundtable hosted by ECA 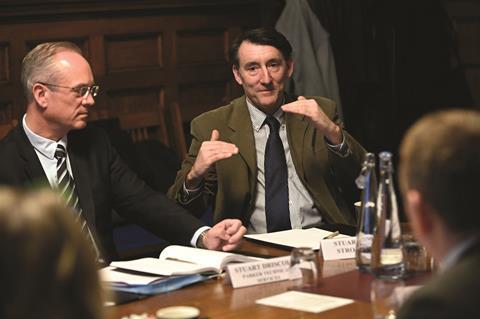 Late payments in the business world are often talked about in purely theoretical terms – as a practice that suffocates an industry’s productivity by cutting off the flow of money through the supply chain and, as a result, its ability to pay for new work. In the construction industry that is certainly the case, but delayed payment is so much more than a practical problem – there is a harsh human cost for every business that has to wait for longer for money than it can afford to. Given the size of the sector, late payments have widespread knock-on effects – on a business’s employees and their family members, its customers and on the economy beyond. 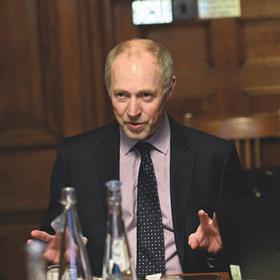 While delays are rife across the spectrum of industries, the situation in the construction sector is understood to be particularly bad. According to leading engineering services trade body ECA, a 60-day term is the norm – with delays commonly spanning upwards of 100 days and many firms failing to pay 95% of invoices within the agreed timescale. A survey on late payments conducted by ECA and BESA reaffirmed both the extent of the problem and revealed more about its impact. Of the respondents, 66% said they received payments late (five days or more after the agreed date) frequently or very frequently. A startling 59% said that the business owner had stopped paying themselves for a period or reduced their salary as a result. A further 64% said that these practices had caused them to lose sleep and 51% said it had caused problems for their mental health – 72% suffered from stress, with around one-third reporting either anxiety, extreme anger, depression or insomnia.

On 28 November, a group of industry professionals gathered in Westminster for an urgent discussion about this problem, chaired by Building’s Thomas Lane and titled: “What is the human cost of late payment in the industry?”

“Those numbers didn’t surprise me – but they did provide some relief that I’m not the only one,” noted Stuart Smith, director at electrical contractor Stromtechs, about the personal impact of financial stress. “Looking at some of these effects – things like losing sleeping – I tick lots of those boxes.”

Many SMEs, he said, lived hand to mouth, with a large number of people with mortgages and bills to pay affected as a result. This means that business owners often need to plug the gap with their own money. 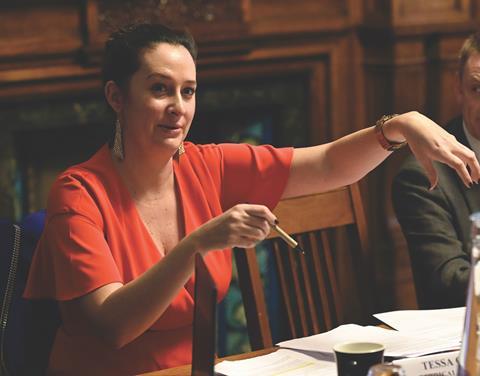 Tessa Ogle, managing director and chief executive of the Electrical Industries Charity, confirmed that many workers were in the same boat, pointing out the close links between mental health and financial stability. Hugh Gage, founder of the Prompt Payment Directory, said he had noted an increase in business owners not paying themselves, as well as suicidal feelings related to late payment. He set up the directory to rate businesses’ payment practice and deliver a wider context on the issue after experiencing late payment himself. 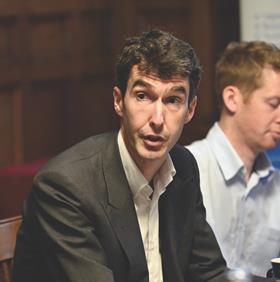 Rob Driscoll, director of legal and business at the ECA, echoed this in relation to the construction industry. “I’ve had a few clients crying on the phone,” he said. 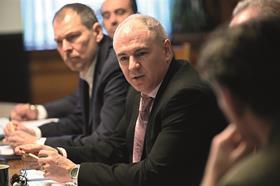 Heather Beach, founder of Healthy Work Company, pointed to the importance of dealing with the causes of mental illness, rather than the result. “Mental health is often dealt with after problems occur. But why do they occur in the first place?

“In an environment of financial pressure, you will of course deal with mental health problems, which can manifest themselves in lack of sleep, anxiety, breakdowns or even people taking their own lives.”

Beyond ethics and human impact, Lorence Nye, senior policy adviser at the Federation of Small Businesses, pointed to the professional absurdity of late payments. “Nobody would accept it if a salaried person didn’t get paid on time,” he said.

“The same should apply to contractors. If you don’t pay, there should be financial ramifications and you need the legal system to back you up.”

The panellists largely blamed the industry’s culture – both longstanding and recently developed – for the practice of late payment. Stuart Driscoll, managing director at Parker Technical Services, pointed out that, as communication has become more digital and the industry has become more vast, personal relationships have become rarer – which means the problems that a late payer is causing do not have a human face. 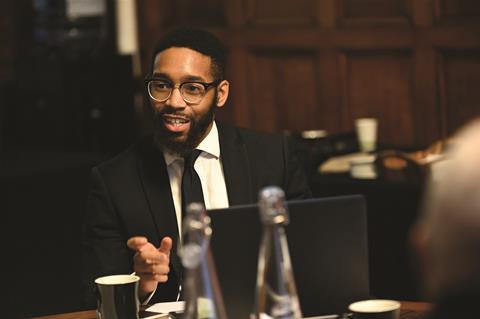 The consensus was that the problem of late payment starts at the top, with the biggest firms and clients being particular culprits – and causing rapid knock-on effects down the chain. “There is more incentive for large firms to do it because their need for cash is so high,” Nye said. “We have to tell shareholders they should be concerned when a firm takes 120 days to pay its debts.”

Paul Uppal, the former small business commissioner, said: “There’s a culture within which they get away with it because traditionally there has been no blowback.” The consensus was that late payment needs to become morally unacceptable. As Uppal added: “It’s not really worth it for the carnage and mental health issues you pass on as a result.”

The panellists agreed that the very structure of the construction industry allows and facilitates late payment. For example, work is often done without a contract.

Mark Bodger, a strategic partnerships director at the Construction Industry Training Board (CITB), said: “A lot is done on the basis of a handshake and goodwill. That means that, at the end of job, when money is tight and the client has reached the end of its budget and has asked for extra work along the way, it might say, ‘I didn’t think it would come to this much’.”

Even if there is a contract, Stromtechs’ Smith pointed out that it often specifies a series of dates relating to payment. “Even a day is late, but you can only start chasing on the due date – and no payment ever comes in on time.”

And all that only comes when the payee has been through the prolonged process of getting work signed off by a chain of people. “In the construction industry, there is usually a long time between the points work delivered and when it is certified,” Colin Smith, director of Payapps UK, said. 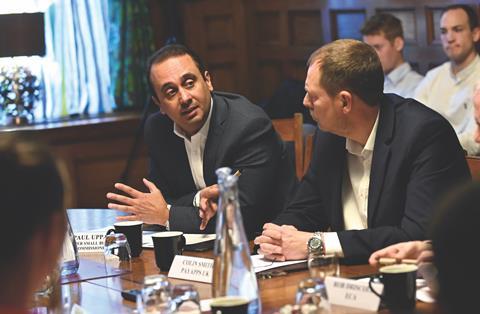 “The process itself is informal, archaic and complex, and there is no standard method, and if you’re a busy subcontractor, complying with them requires a lot of effort.” As a result, he said there were multiple opportunities and excuses to withhold payment. Getting to the point when the debt is acknowledged is a lot harder than it needs to be.”

Within this process, it is smaller firms that suffer most because they often do not have the resources to devote time to chasing payment, nor can they afford the disproportionate costs of a legal dispute. Ogle suggested the UK should consider measures such as small claims courts for smaller disputes where decisions are made quickly, such as those in parts of Asia.

Part of the problem is that power is clustered at the top, which means smaller firms are often not in a position to turn down work from known bad payers or chase money too aggressively. Stromtechs’ Smith said payment “depends on how loud you’re prepared to shout”. But then, you are at risk of upsetting the customer if they don’t like your tone. Unfortunately, it’s only when people can afford to walk away from work that their leverage becomes better.

As it is, firms at the lower end of the supply chain are vulnerable when a contractor experiences financial problems – it was noted that waiting for payment from a client was among the main excuses used by firms for withholding payment. Gage said: “It should be written into contracts that not being paid by your client shouldn’t be a factor.”

For these reasons, Nye said it was not enough for culture to change because, as soon as the economy slows, bad practices are in danger of returning. “When the financial reality gets worse, firms quickly lose their attachment to good culture. There has to be an equally weighty penalty on the other side to stop people thinking, ‘this is an easy way to assure my business’.” 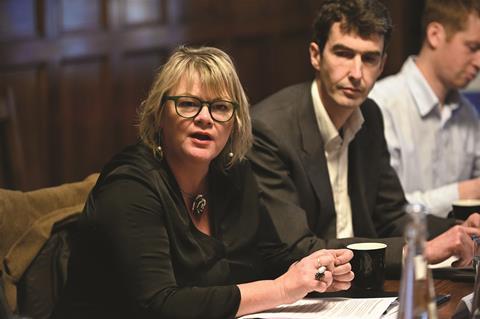 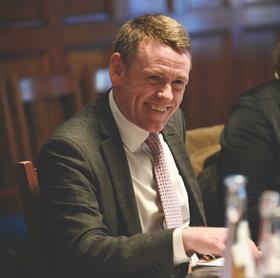 Bodger pointed out the strategic reasons why contractors should care about these issues. “Looking after the mental health of your supply chain is about your own survival as a business.” Subcontractors are also unable to do their jobs properly – for example buy the materials they need – if their cash flow is stymied.

Beach had spotted signs of change – for example, one major contractor has said it would only engage with businesses who pay within 30 days, which she said was vital to improving standards. “A lot of responsibility should be on larger clients.”

Bigger firms also need to understand the benefits of better relationships. As Stuart Smith said, when one client stuck to a 12-day payment term, he was able to make and pass on savings.

Colin Smith said technology had a role to play in making payment systems more efficient and transparent, but warned that there was no universal solution. He said a system of ringfencing payments, so they cannot be used for something else, should be implemented. Project bank accounts are often touted as one solution to this problem. 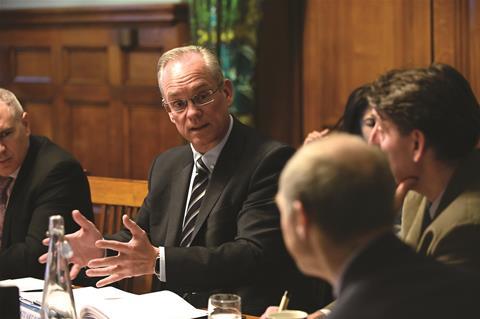 Uppal pointed out that, ultimately, it comes down to the will of companies to pay and the environment they operate in: “Governments need to be more proactive – often, they talk the talk but don’t walk the walk. We have to get to the point when people see this as an issue like the gender pay-gap – at the moment, it’s seen as part of the rough and tumble of business. It doesn’t need to be like that and we need to make a proactive argument for that.”

After all, late payment, he reminded us, is a major impediment to growth: with constant conversations around business productivity, this seems a good place to start.