Brexit across the regions: View from the north-east

View from the Northern Ireland 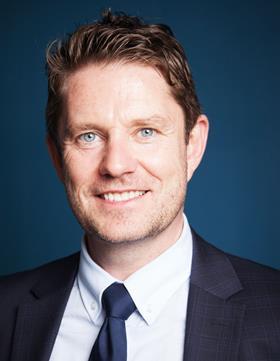 Contractor Metnor Construction, based in Killingworth, Newcastle upon Tyne, employs about 80 people directly. Managing director Chris Cant says: “We haven’t got any non-UK directly-employed staff but on the sites, especially down in the south, you’re probably looking at 30%-40%.” He sees Brexit as a danger to business. “I definitely think it’s a threat, 100%.”

Cant says his firm was doing various projects in Europe before the EU referendum, “then obviously the whole Brexit thing came about and it did go quiet quite tangibly, you could feel it after about six months”.

He says: “The work front has definitely slowed down. Now it is picking up again very slightly, but there will definitely be a shortage of skilled workers because a lot of our workforce, especially in the south, are European.” A major difficulty is in not knowing what the impact will be, Cant adds.

“There’s a big skills gap at the younger age – you rely on the European workforce because there are not enough of our own coming through, so if freedom of movement is restricted in a no-deal Brexit, then where are we going to get those workers from?”

Cant says: “There are all sorts of things – how much of a hassle is it going to be travelling? I just read today that France might stop the Eurostar. There’s also customs, the queues – nobody really knows. Personally, as a construction industry managing director, I can’t really see any positives.”

His company is trying to insulate itself from the impact of Brexit by targeting “recession-proof sectors” such as local authority leisure centres and care homes.

“Obviously health and obesity is a massive issue at the moment and a lot of council gym stock is old, decrepit and needs replacing. So we’ve managed to put ourselves up against some tier-ones as a real competitor in that market. If foreign investors are nervous about Britain, I’m trying to focus on things that we know the government has to spend money on, and obviously the leisure sector is one of them.”

Cant adds: “We’ve always been in the care sector and we currently are live on site with approximately £40m worth of care centre work.”

A total of 98,220 people working on construction

Migrant workers make up 6% of the construction workforce

A 0.8% average predicted annual fall in construction output between 2018-2022