The government is giving people the right to contest the use of government land and property. So what do you do if there’s a site you want to get your hands on? 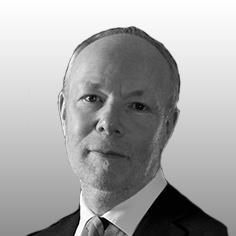 When the construction industry doldrums set in, back in 2008, few thought that the recovery would take as long to start as it has. Development and related construction activity need two key things: funding and suitable sites. Anecdotal evidence from the market place is that bank support for development work is becoming easier to obtain. The government will no doubt want to take some credit for that by way of the encouragement it has given.

The government is now taking a further step in relation to the other ingredient: sites. On 8 January 2014 the Treasury and Cabinet Office announced a number of measures to enable people to contest the use of government land and property.

The government says it owns land and property worth over £330bn and that the public sector holds around 40% of developable sites and around 27% of brownfield land, suitable for housing. Perhaps not too surprisingly, it is looking to dispose of the parts that it no longer uses to help pay down its deficit.

This “right to contest” scheme is an extension to the previously existing right to challenge, whereby the public could pursue local authorities on land which is empty or deemed underused. The new scheme sees this widened to include central government land and property and includes sites which are both vacant and occupied.

So, what are the conditions for pursuing the right to contest? First of all it is open to all: individuals, businesses and indeed, local authorities. There are two strands for the application:

If you have identified a suitable site that meets these criteria, then what next? First of all you may need to check who owns the land. The government says that it will help here and is proposing to provide a database of all government-owned land. For now perhaps the easiest port of call is the Land Registry website which, for a small fee, will allow you to obtain title details of most sites. Further information is available through https://www.gov.uk/find-government-property and http://data.gov.uk.

Each of the two strands uses the same form (easily findable on the web).

The hope is that strand 1 cases will be quickly resolved. The government says it hopes to deal with simple cases within six weeks with applications going to a committee made up of ministers from the Treasury and Cabinet Office and a representative of the land holding department. Strand 2 cases will continue to be considered by the Department for Communities and Local Government.

The reasons that can be given for refusing to sell include:

What then of the practical and legal issues? The first, if obvious, point is to mount the best case possible. For reasonable sized parcels of land or buildings with existing use this may well involve a case supported by surveying and/or accountancy evidence.

It is not presently clear whether there will be a right of appeal against a refusal to sell. The process may, however, be capable of judicial review in circumstances where it is said that the decision has been made irrationally or is one that no reasonable decision maker could have reached in the circumstances.

Even when a decision for sale has been reached, this does not amount to a contract. The price and terms of the contract would remain to be negotiated. In addition, there are likely to be many other things to be addressed. Perhaps the first would be the question of planning permission as the land is only likely to be attractive if it is capable of development. There will then be other issues such as temporary and permanent access to the site for its intended use and, also, the supply of utility services.

Although this new proposal from the Treasury and Cabinet Office raises a fair number of questions, the initiative is to be welcomed at least in terms of the ability to ask the question of the government department: “Are you prepared to sell?”

Michael Woolley is head of construction at Hill Dickinson