Contractual confusion: What have you agreed? 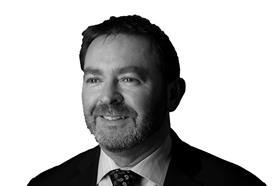 MPB engaged LGK to supply and install structural steelwork on a project in Primrose Hill, London. It is fair to say that the parties did not set out agreed contractual terms in one document. Instead, as is all too common with some construction projects, the parties exchanged a variety of emails, quotations, each of their standard terms and conditions, and orders, some of which were annotated. In fact, viewed as a whole the document audit trail had more loose ends than an old jumper.

The parties fell out, MPB engaged other contractors to complete LGK’s works and then they embarked on a series of adjudications, the third of which found that MPB was entitled to recover £76,056.67 from LGK.

LGK appears not to have been content with this decision and commenced arbitration proceedings. LGK relied on clause 11 of its terms, which that said any adjudicator’s decision would be binding until the dispute was finally resolved through agreement or arbitration. MPB sought to challenge the arbitrator’s jurisdiction, as it argued that the contract between the parties did not incorporate LGK’s terms, which included the arbitration clause.

The court had to review numerous documents passing between the parties to determine what, as a matter of construction, the parties intended. The court’s task was to look at what a reasonable person – having all the background knowledge that would have been available to the parties – would have understood them to be using the language in the contract to mean.

While MPB’s order said that MPB’s standard terms and conditions took precedence, it also included wording to the effect that the order was “based upon” LGK’s quote and other documents which included LGK’s terms. MPB sought to argue that “based upon” was only a reference to the description of the works and did not include LGK’s terms (which included the arbitration clause). The court did not find this a persuasive argument. One should be slow to conclude that parties agreed to both sets of standard terms applying, given the inherent risk of contradictions between them, but this is what had happened here. The reference to MPB’s terms having precedence mitigated the risk of uncertainty. Therefore, LGK’s terms did form part of the contract. 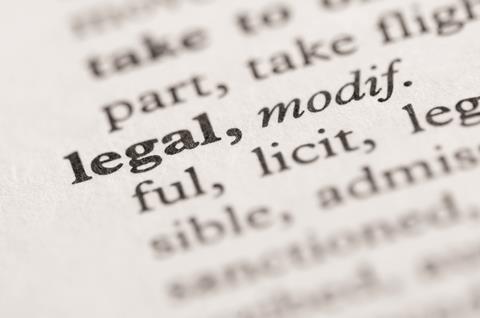 The question then was, if the dispute resolution mechanism in LGK’s terms was inconsistent with the mechanism included in MPB’s terms, what took precedence in the contract? If a contract is silent as to the final dispute resolution procedure, then the parties are entitled to bring their disputes before a court. MPB’s terms were silent as to the final dispute procedure. So the question was whether LGK’s contract, which expressly included an arbitration clause, conflicted with MPB’s contract, which was silent such that by default the court would be the final dispute procedure.

The court found that it was not inconsistent to include a clause in the contract relating to arbitration, where the matter was not expressly addressed in MPB’s terms. One could in effect read LGK’s terms as filling that particular gap.

A further point of interest in this decision was that MPB had previously relied in the course of the adjudication on clause 11 (containing the arbitration clause) as the dispute resolution clause governing the contract. LGK said that MPB should not be allowed to challenge the application of clause 11 given their earlier reliance on it in the adjudication. The court considered that the facts fell within the confines of what is termed the doctrine of approbation and reprobation (or not being able to say one thing for one purpose and another for another purpose – one cannot blow “hot and cold”).

The court had sympathy with the argument that the court should be slow to find that the doctrine of approbation and reprobation should apply in relation to things said and done in the context of a “rough and ready” adjudication, as a party’s case may change over time. However, the court found that this case was not about whether MPB should be bound by how it put its case in the adjudication, rather there had been an election to use a particular dispute resolution procedure. This was a further reason to dismiss MPB’s application that the arbitrator did not have jurisdiction.

The lesson is that all of this would have been unnecessary if the parties had properly reviewed and clearly recorded the terms upon which they intended to contract. As the court acknowledged, parties may deliberately not identify a signed set of standard terms for fear that the other party will not agree to have its terms excluded. However, this may simply be storing up problems for the future. It is understandable that parties want to get cracking but sometimes this means they repent at their leisure.