There’s a need for more airport capacity in the South-east, but most politicians would rather leave the decision in the ‘too difficult tray’ 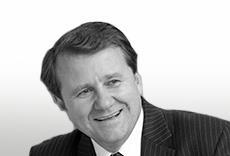 In the late nineties I was involved in promoting land for a new residential expansion to the north-east of Crawley. The day Crawley council was due to approve the scheme, the secretary of state issued a direction that planning permission should not be granted until a decision had been made in respect of South-east of England airport capacity, because the new houses might be within the noise isochrone of a possible second runway at Gatwick. That was over a decade ago. A decision is still awaited.

As a result, pretty much every politician prefers to leave the decision in the “too difficult” tray until after whatever is the next general election – hence the setting up of the most recent commission under Sir Howard Davies, who has been expressly told not to report until after the 2015 election. The simple truth is that the decision will be an intensely political one whenever it is taken.

My final word is don’t hold your breath: By the time Sir Howard reports, and his Commission’s findings have been consulted on, ministers will be considering the 2020 election.