Tackling the hidden costs of the construction process

Some guiding principles on cost, time and risk from Alinea’s Iain Parker 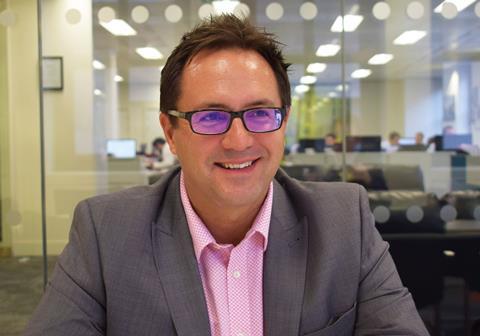 When you walk around a construction site, much of the project cost is obvious and tangible - the materials you can touch, and the site organisation and set-up tasked with delivering the scheme. However, the reality of what you are seeing on-site the day before practical completion probably reflects about 80-90% of the final account the QS is about to settle – so where is the remaining cost and does it represent an opportunity to win back?

There are many strands to a final build cost, which has travelled through a briefing, design, procurement and construction process, but let’s highlight some of the key areas of this evolution to spark some thought around ‘how to do better’ in striving to enhance the project’s commercial success.

Starting with the brief, has this been prepared in a scrutinised fashion with debate and challenge or are previous versions being wheeled out because they seemed to work last time? Perhaps there are items which could be considered to be ‘over the top’ because that’s an easier path than finding the energy or time to debate whether it’s absolutely necessary.

It is common for unnecessary cost to be hidden away in the detail, whether this be in the drawn or model form or detailed specifications

What post-occupancy work from previous schemes is done to highlight components or systems which have never been used by the occupier, or don’t really represent value for money? What level of resilience is built into the scheme and is it all really necessary? What is the cost to the project for the contractor to comply with all of the employer governance and compliance and is it adding any value? Questions such as these are good to ask and may shake-out some money.

Moving on to design, this should be relatively straight-forward if the team are on their game, with everything visible, understood, costed and programmed. On most jobs the design is pretty well understood, certainly at headline level. However, it is also common for unnecessary cost to be hidden away in the detail, whether this be in the drawn or model form or detailed specifications. This is often not deliberate, but comes about through a lack of understanding over the commercial consequences of such items.

Key guiding principles are those of simplicity and repetition, as these concepts score favourably when it comes to cost, time and risk. This is where contractor input and influence, particularly at a specialist level, can really help the process and one should not underestimate the cumulative benefit of marginal gains. Perhaps one of the most obvious and significant points in the area of design is its general quality and coordination between disciplines, and clarity around who is designing what, and which trade is most appropriately placed to build the various elements of work. Are all these issues ‘on point’?

In terms of procurement, the contractual arrangement and packaging strategy is a significant influencer in achieving the optimum commercial result. It starts with a well-thought through strategy that responds to the key client drivers, project specific environment including site constraints and the market dynamics at the time. But once the strategy is set, the execution of it is of equal importance but this is often compromised in some way thereby attracting unnecessary and often invisible cost. Getting the procurement wrong can mean +/-10% on construction cost, so it is vital to get this right.

Another important aspect here which is generally hidden is the cost being passed on for contract terms, where the risk versus reward conundrum is invisibly debated by the contractor back at the ranch and then priced accordingly in response to the risks he is being asked to take on. One example would be level of damages for late completion, as any requirement being above market expectation is likely to be met with the pricing in of damages within the offer, but there will be no line-item for that in the pricing schedule.

This leaves the construction period, and how best to construct buildings and contract with the supply chain. The covid pandemic has put a greater emphasis on proper planning of site activity, rather than flooding the job with too many trades tripping over one another to a point of costly inefficiency. The extension of this concept is moving more towards modern methods of construction with less site assembly of components, which some schemes are now embracing. However, the cost challenge remains that this needs to be occurring on a much larger scale before financial benefits are more evident. In terms of contracting with the supply chain, there is a lot of hidden cost as a consequence of organisational multi-layering, unreasonable contractual terms and compliance with corporate governance. The notorious sledge-hammer sometimes used to crack that nut is still practised, and the client will generally pay for the privilege, somehow.

The final bit of the jigsaw which straddles all of the above stages is the project environment and effectiveness of the scheme’s management regime, including key attributes such as leadership, behaviours, efficiency of processes and decision making, all of which shape the project culture. It’s quite difficult to put a monetary value on all of these things apart from say late decisions or changes, but the extent to which the project is run well will have a significant cost influence on the final account figure. If we give more consideration to evidencing the link between some of these things and the consequential pound notes, perhaps we could collectively drive down the project cost - and who wouldn’t want to see that?

Iain Parker is a partner at cost consultant Alinea