The tipping point in recovery 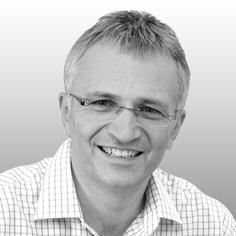 Recent GDP figures confirm what many of us within the industry have been feeling, the recession in the construction industry could finally be coming to an end. Construction output grew 1.4% between the first quarter of the year and the second, according to the Office for National Statistics.

Of course, this is good news, until you look a little deeper. As Building reported recently, if you strip out housing and associated works, construction output actually fell slightly.

Most importantly for me as the UK chief executive of a major contractor, is the fact that housing only plays a modest role in construction. Despite popular opinion, housing is not the biggest sector in our industry, and its revival so far has had limited impact on the overall health of construction.

Let’s also not forget that the latest figures follow a quarter when our industry shrunk. With bank lending flat and public sector austerity still the name of the game, there is no guarantee that we can maintain this rate of growth for the rest of the year or into 2014.

Nonetheless I am optimistic about the future. We have seen a flurry of activity in the London commercial property market, and major utility programmes in gas and water. I see significant long-term opportunities in both infrastructure and energy, although they are heavily dependent on government investment and incentives.

Growth, of course, presents a new set of challenges. It is often as difficult to steer a company successfully through a period of uplift as a downturn. Having spent recent years controlling costs and pulling back wherever possible, it requires a change of mind-set and careful decision making to ensure you don’t over reach.

I have long been watching for the tipping point when supply chain prices start to increase from the lows we have seen over recent years. That tipping point may well be upon us now. With margins squeezed to all-time lows for the main contractors, there is little room to absorb higher subcontractor costs.

When supply chain prices go up, the risk of projects turning into loss-makers is very real. This benefits nobody. All parts of the industry need to work together to make sure that doesn’t happen.

It’s clear the economy and general feeling among the public is now more upbeat, but we all know that, due to the prolonged lead-in periods of projects, construction is always one of the last sectors to climb out of recession.

While it may be too early to predict a full recovery, I am determined to tap into that feeling of renewed vigour.

Just remember to keep your eyes wide open for that tipping point.