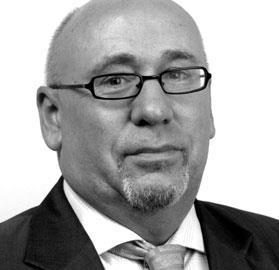 Britain’s housebuilders are unquestionably experiencing their worst recession in post-war history. Some commentators point to nascent signs of recovery, perhaps enough to bring cheer to the spring selling season, but there are many more reasons to remain cautious. After all, many swallows were sighted in the US over the past two years, yet the housing industry remains on its knees – and arguably we are running 12-18 months behind their cycle.

Before recovery takes hold, the UK’s 10 largest housebuilders could be forced to write off more than £5bn from balance sheets, slash their workforces and, with the exception of Berkeley, renegotiate banking arrangements. With these processes being played out, it is time to pose the question, what type of industry will emerge from all this?

A good starting point is to recall what happened after the recession in the early nineties. My recollection is of two principal structural changes. First, land investment policy changed quite markedly, albeit in response to the introduction of the 1994 Town and Country Planning Act. This heralded the dawn of the strategic land bank, and land investment consumed much of the cash that had been raised to refinance the industry in 1993-95. Such a demand on cash is unlikely this time around, however, as land is a plentiful commodity on housebuilders’ balance sheets at the moment.

Second, the recovery ultimately led to a significant round of consolidation after 1997, based primarily on the strong taking the weak, driven by the desire to acquire land banks. Again, it is quite difficult to see this happening this time. Why? Well there is less to consolidate for starters, land banks are long enough and the recession has shattered the “economies of scale” god, worshipped slavishly over the previous up-cycle.

Given that government now has a centrally set target for volume delivery, would it not make some sense to own or control the missing piece in the jigsaw?

So how might things be different this time around? The type of industry I think possible is in essence a three-category structure:

The concept is not so outlandish, really. After all, the government already has strong control of most processes in housebuilding, short of its physical delivery: the largest proportion of land is state-owned, the planning process itself is determined by various levels of government, it heavily influences design through such bodies as Cabe, it sets strategic planning policy and now has a discreet influence over mortgage supply. Given that government now has a centrally set target for volume delivery, would it not make some sense to own or control the missing piece in the jigsaw?

In short, the consequence of the last recession was a move to scale and uniformity, but once the fires have burned out, this time I see a much more delineated industry with clearer market segmentation and operating strategies. Indeed, a structure from which the homebuyer should benefit.

Kevin Cammack is an analyst at Singer Capital Markets