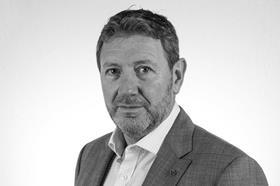 The Armed Forces are not unlike construction: you turn up in someone else’s back yard, you bring change, some organised chaos and then you get to the task of completing an objective, bringing an improvement to the operational environment you have been working in. You do it in the extremes of weather and with very little by way of thanks and after you have left you are quickly forgotten. Similarities that should lead you to consider employing those that leave our military.

14,000 members of the military return to civilian life every year. Why would our industry not want to tap into that talent pool?

Let us dispel some myths. Ipsos MORI and King’s College published a report in late 2016 that tested perceptinos against the facts which included outcomes of those returning to civilian life after military service. The survey that two thirds of the British public believe that Post Traumatic Stress Disorder (PTSD) is more common among the armed forces than the general public. The reality is that levels are remarkably similar. Over half those surveyed believed the suicide rate is higher amongst those who have served, when it is in fact lower. Similarly, the perception is that service personnel are more likely to go to prison, when the facts tell you those who have served are much less likely to end up in Jail.

It is reported that we have full employment. We are all concerned about the impact of Brexit and we all know we have a shortage of good people in all aspects of construction.

We can find great role models of former military folk who have succeeded at the highest level, but what we need are those men and women who will be skilled trades people, those who will be good solid performers as supervisors, managers and leaders. Today there is a skills void in leadership, logistics and site management. Once upon a time when the larger tier 1s had their own work force, you learned about putting trades to work at the coalface, you had 20 year veterans that learned their craft on the tools before going into management. There is less of that in today’s world and that’s where the (ex)military folk have something to offer. The military still train people, develop skills and critical thinking; they give supervised responsibility to young men and women, support them and foster the team ethic. They also provide first-class technical training.

Most people choose to serve between 6 and 12 years in the military; 14,000 people return to civilian life every year. Why would our industry not want to tap into that talent pool? Service personnel do not need more support than anyone joining our industry, but they are not the finished article. You will still need to teach them how we do things, upskill them and exploit their transferable skills. What you will get is a cohort that can learn quickly, that will be motivated and understand loyalty. On that note, be aware. They will have been stretched and challenged, they will be robust and they will have an expectation of being treated well, if you want their loyalty you will have to earn it.